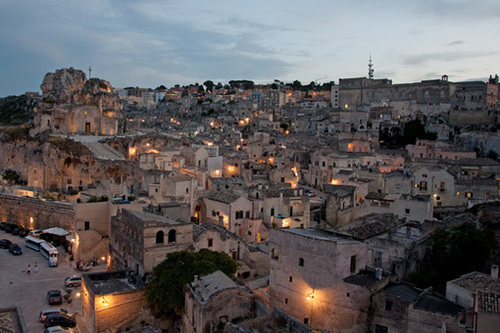 What you need to know about the town of Matera in Italy and its sassi, including how to get to Matera, what rupestrian churches are, and what famous movie was filmed here!

The Italian caretaker Prime Minister, Mario Monti, has promised to cut labour taxes in an interview seen as the launch of his election campaign.

Mr Monti, who leads a centrist coalition while not standing as a candidate himself, also attacked conservative rival Silvio Berlusconi.

In office he vowed to restore market confidence in Italy’s finances.

Wednesday saw him achieve his aim of halving the difference between Italy’s and Germany’s bond yields.

These indicate a country’s cost of borrowing and reflect how nervous investors feel about lending to them. Germany is used as a benchmark as it is considered the safest bet in the eurozone.

The difference between Italy and Germany’s yields dipped below 2.87 percentage points on Wednesday.

When Mr Monti took office as head of a technocratic government in November 2011, the spread had stood at 5.74 percentage points.

Mr Monti’s centrist allies are in a three-way race with Mr Berlusconi’s People of Freedom party on the right and the Democratic Party on the left.