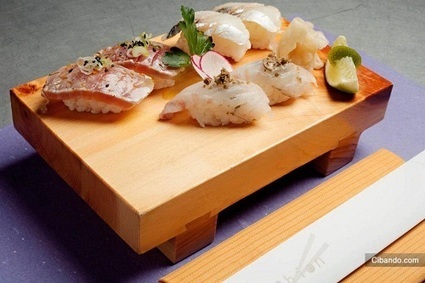 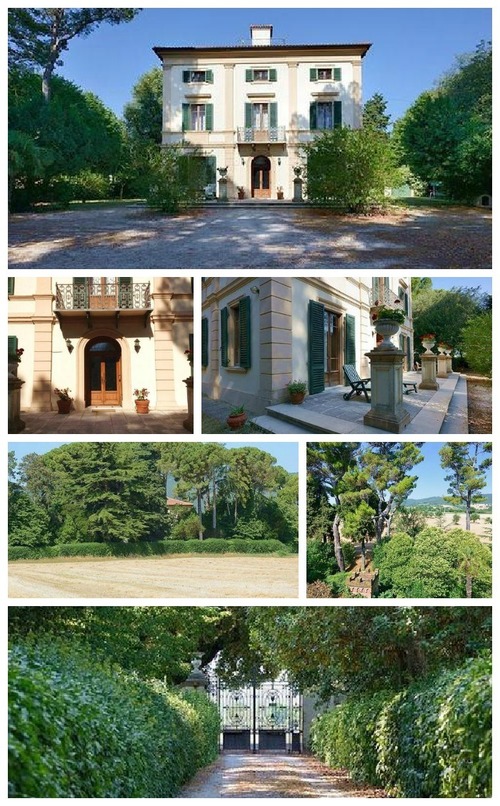 Villa and large garden built at the turn of the 20th Century with magnificent views of the Sibillini mountains.

The villa is a few kms from the medieval village of Treia in the province of Macerata. It is less than an hour away from the airport at Ancona and 40 minutes from the A14 motorway exit at Porto Recanati The beaches and the mountians are equidistant and easily reachable in 30-40 minutes. Rome is about 3.5 hours away.

Villa Trionfetti was built in 1901 and is among the most well known villas of the area. Used originally as a Summer retreat, the villa has been maintained in excellent condition (the frescos are original) adding only new services and 2 modern kitchens. 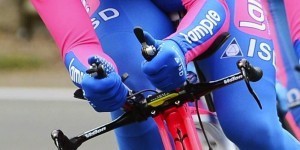 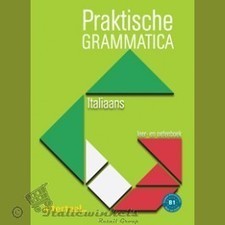 White Gold: A Look at the 2012 Italian Truffle Trade - The Role of Le Marche 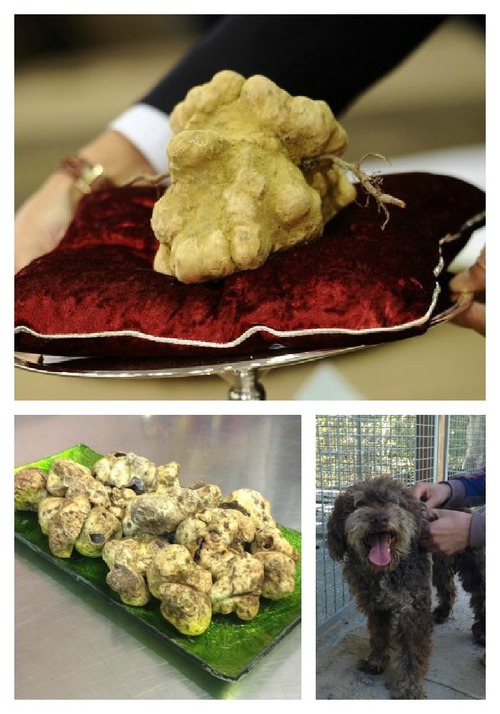 For Americans, this time of year means turkeys and pumpkin pies. For Italians, and owners of the world’s most expensive restaurants, it means white truffles. From late October until Christmas, the ten-week season is one of the shortest — and most profitable — on the culinary calendar. But this year, a hot, dry summer has left many patches barren, and some are calling it one of the scarcest truffle seasons ever. Even still, restaurants don’t seem to be having too much trouble tracking truffles down this year. How so? We tracked truffles from Italy to restaurant tables in the U.S. to find out.

Of course, it behooves people in the truffle business to play up the low-stock, high-quality angle since it drives prices astronomically high. “The season hasn’t started as well as we would have liked,” Andrea Pirotti, the mayor of Acqualagna, says. Acqualagna, located in the Le Marche region of Italy on the eastern slope of the Apennines, is considered one of the most important white truffle regions in the world. It’s not as famous as Alba to the north, where people flock for its much followed white truffle auctions in October. But when Alba postponed the auctions with little warning this autumn, Acqualagna and its young mayor were forced into the unlikely role of telling the world what to expect from the 2012 crop. “We’ve seen prices consistently at 3,000 Euros and higher per kilo,” Pirotti says. (That’s $3,817 for about 2.2 pounds; truffle geeks can follow the near-daily fluctuations in Italian truffle export prices here.)

This kind of pricing naturally lends itself to all sorts of marketing gimmicks. Oscar Farinetti, the founder of Eataly, held a press conference at the megamart’s Rome location in October to declare the quality of this year’s limited crop exceptional. When, last weekend, a one-kilo truffle was found near Acqualagna, Farinetti offered to give it to President Obama to celebrate his reelection. The catch, of course, is that Obama has to pick it up himself at Eataly’s New York location.

But how does export price actually affect American restaurants? The price of a decent white truffle — which depends not only on weight, but also on shape, hue, and age — has topped $3,400 per pound this year, says Huntington Beach, California, importer Roberto Saracino. (That’s about twice as much as the export prices.) Restaurant owners are understandably secretive about where they buy truffles and how much they pay for them, but when Saracino and I spoke a few weeks ago he told me he’d shipped about one pound of fresh white truffles to Sirio Ristorante at the Aria Resort & Casino in Las Vegas, Sinatra at the Wynn, and Le Cirque at the Bellagio, where a truffle tasting menu goes for $395 before tip, tax, and wine.

In fact, I knew about that truffle sale before Saracino told me. In the hills above Roccafluvione, a tiny Italian town in the Le Marche region with a single functioning traffic light, 6,000 miles from the Las Vegas Strip, I met Bruno, a shaggy Lagotto Romagnolo — a breed favored by truffle hunters. Bruno had unearthed the biggest white truffle in the batch that was later shipped to Saracino, and then on to his Las Vegas clients. Bruno’s find was a lovely plum-sized specimen, a speckled hazelnut shade (the ideal hue). The dog dug it up on a Monday. It was brushed clean, weighed, and packaged on a Tuesday morning and then shipped by Bruno’s owner, Silvio Trivelli, to Saracino. It arrived in California less than 48 hours after being dug up from the woods of Roccafluvione.

The Cuisine of Italy - Ancona

Ancona is Italy’s largest ferry port on the mid-Adriatic

The Marche region (also known as the Marches in English) forms the eastern seaboard of central Italy with the regions of Emilia-Romagna to the north and Abruzzo to the south.

Ancona is on the top of a cliff and has a city center rich in history, monuments and well preserved semi-urban parks.

lts style of cooking is defined by fish and seafood along the coast, and vegetables, chicken, rabbit, snails, and truffles and other wild fungi in the hills and mountains. The coastal brodetto, or seafood stew, is seasoned with saffron and traditionally made with thirteen kinds of fish.

Ancona is one of the biggest stockfish (dried salt cod) importers and Stoccafisso all’ Anconetana has a special place in the heart of Ancona people and in the history and tradition of this town.

Creamy sauces made from chicken giblets are used liberally in Marche cooking. Pork recipes rely on generous chunks instead of the traditional thin prosciutto style servings. Since pork is so readily available, there are many types of sausages made in the Marche region. A hearty favorite local smoked sausage is ciauscolo, made with half pork, half pork fat and well seasoned with salt, pepper, orange peel and fennel seed. Olives grow well in this region and are served both on their own or stuffed with savory meat fillings. Grapes, grains, mushrooms and a wide variety of vegetables are found throughout the region.

Cheese-wise, Marche holds its own in the steep competition for great Italian dairy products. Casciotta d’Urbino is a sheep and cow milk cheese, hand-pressed into rounds that are then salted and cured in a moist environment, producing a velvety texture. Ambra di Talamello is made from goat or sheep or cow’s milk and is cured in a pit lined with straw, resulting in an earthy flavor. Cacio La Forma di Limone is a sheep’s milk cheese made with lemons, then formed into small balls (that look a bit like lemons). It is rubbed with a salt and lemon mixture and has a light lemon tang. Some excellent Pecorino cheeses can be found in the region as well.

Pasta in the Marche region is rich with eggs, with wide noodles being the most popular, such as, lasagna and pappardelle. The region’s signature dish, a pasta casserole with meat sauce, showcases flat pastas and savory meats. Other pastas like spaghetti alla chitarra, spaghettini, tagliatelle and maccheroncini have also found their way into Marche dishes.

Coniglio in Porchetta style (roasted in the style of porchetta) with fennel and salt.

Frustingolo, a dense fruit cake made with nuts and dried figs.

Read about the Jewish influence on the Ancona Food 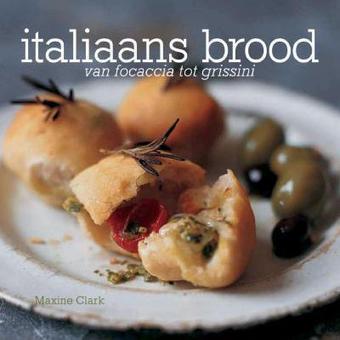 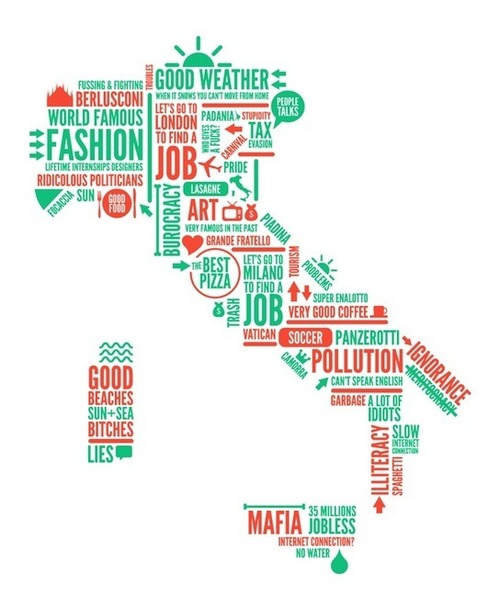 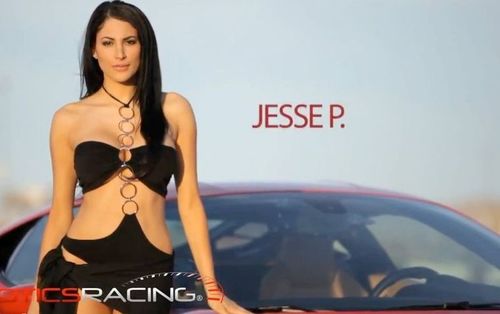