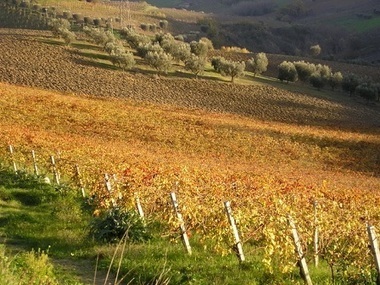 Maybe it is just a coincidence, but here I am writing for the first time about Marche wines other than Verdicchio and my bulldog, whose name is Verdicchio, is a little nervous. But he has no reason to be jealous because my love for that wine is eternal. The fact is a proper journalist cannot ignore white wines that are rapidly gaining popularity among wine lovers, those made from Passerina, Pecorino and Trebbiano grapes, both single-grape wines and blended ones. Wines that owe much of their success to the recent, very strong interest in indigenous grapes, for which Italy is undoubtedly the world leader. Unfortunately, many here apparently have not understood this and seem to be doing everything possible not to invest in them as much as they should. In order to understand this reality I needed Virgil who could guide me though the sweet hills of Piceno in search of those small producers who over the past decade have dedicated themselves to making wine from these grapes. […] 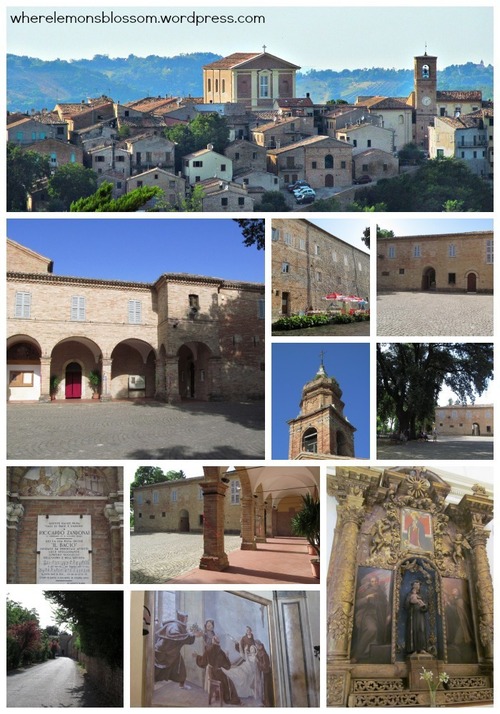 The convent of Beato Sante (‘Blessed Sante’), close to Mombaroccio and not far from Sant’Angelo in Lizzola, in the hinterland of Pesaro: a real ‘patch of Heaven’.

The convent, built on top of Scotaneto hill dates back to the year 1223. It was one of the first Franciscan seats in the Marche region, erected while Saint Francis was still alive. Later on it underwent major changes and the convent we see today dates mostly back to the 17th century, apart from a few still preserved original parts.

Giansante Brancorsini (the ‘Beato Sante’), born of a noble family in Montefabbri, close to Urbino, moved there in 1370 after killing a man in self-defense, in order to expiate his sins. He gained popularity thanks to his strong faith and to the many prodiges achieved while alive (among which the taming of a wolf; the miracle of an oak tree which, after receiving his blessing, started producing acrons with a little cross on them). Today it is a destination for pilgrimages and – to me – is a ‘patch from Heaven’ (both spiritually and phsycally, as I love to find my inner peace there, surrounded by centuries-old woods). […] 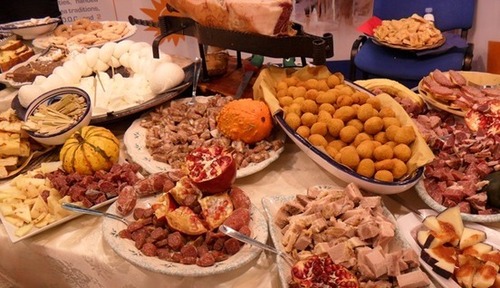 Ciauscolo.it is a catering company founded in 1995 offering elegant catering services with traditional Le Marche products. Although other catering companies have discovered the quality and the uniqueness of the food made in Le Marche, Gianfranco Torbidoni, from Potenza Picena, is the only one specialized to offer, ranging from a simple informal aperitif to the big ceremony, a “buffet full Marchigiano”.

Going from appetizers with traditional charcuterie products to sweets, from fresh made egg pasta to typical Le Marche main courses, Ciauscolo.it prepare each catering service with care, relying on marked specific requirements. If you’d like to organize a fair, an event, an exhibition, a corporate presentation, an open house, an anniversary, a business lunch, a buffet, a coffee break, a finger food aperitif or a lunch for a movie set, please contact them and they will create fresh refined buffets with atmosphere, flavour and fragrances using typical high quality Le Marche food.