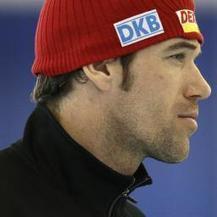 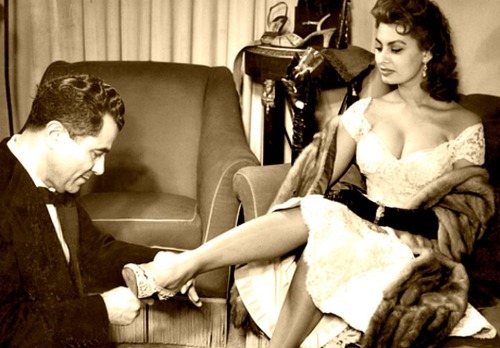 Italy for solo travellers: What is the best time to visit Italy? 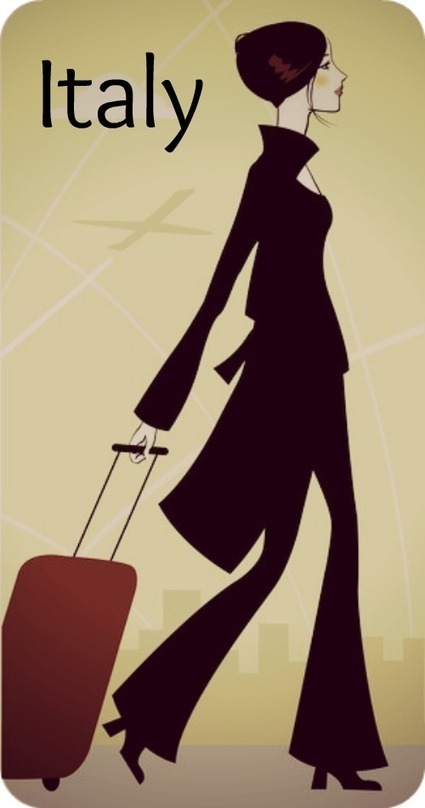 If you are a young foreign woman eager to make the most of a trip to Italy, here is my point of view:

Of course it depends of which kind of traveller you are, whether you want to meet the local people in the neighbourhood bar or prefer to wander the various sites, guide book in hand which is interesting but can be a little lonely.

Summer in Italy is great, don’t misunderstand me. Even the “deadly hot” time of August, especially in Rome has lot to offer because all the Italians tend to escape to the beach

Spring is a fantastic period to visit Italy in general, the Italian spirit wakes up from its winter drowsiness, breathes the air fragrant from spring flowers and puts the smile back on its face. Women start to dress in pretty outfits, shorter skirts and heels much to the delight of all the men!

The Mediterranean habit of sitting outside a cafe, watching the world parade past is reawakened, everyone gently enjoying the scene.

So I think it is a great time to perhaps encounter a romantic time, especially if you can find someone really interesting to accompany you to the museums, churches etc or even just a walk in the lovely countryside. Hills topped with castled villages are magnificent, there are fewer tourists and the locals are happy to make you welcome. Staying only in town will lose you so much of the beauty, charm and culture of any area.

After Easter the lidos reopen and it is possible to find great fish and seafood in the many excellent restaurants. Further inland the menus change to more local regional produce - all of it excellent.

Prices can be very attractive in this season and what you buy on your shopping adventures, especially the many discount outlets for Prada, Armani etc can be still worn for the summer at home to the envy of all your friends who haven’t had your luck in coming here.

April, May, June? They are so different. What a great responsibility it is to suggest the best time for an epic journey… May!!! Definitely May, it has all the joys of spring with less risk of capricious weather of the cooler months and is not yet the debilitating temperatures of high summer.

Come to La Bella Italia in May!! 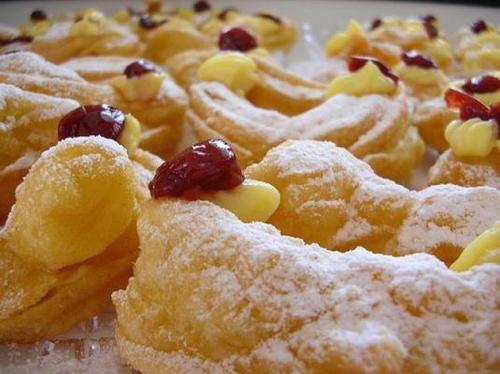 The Feast of San Giuseppe

While it officially started in Sicily, the Feast of San Giuseppe (St. Joseph) is now celebrated throughout Italy. According to legend, during the Middle Ages a terrible drought and famine plagued the people of Sicily. The catastrophe destroyed most of the crops of the island and many people died of starvation. The people began praying to St. Joseph and begged for his intercession to their plight. In return they promised to celebrate his feast day by having special altars abundant in food that would be shared with all people rich and poor as their thanksgiving to him. The Festa di San Giuseppe is celebrated every March 19.

The tradition of eating zeppole for San Giuseppe is quite ancient. Traditional zeppole were originally made from fried flour-and-water dough dusted with sugar and powdered cinnamon or dipped in honey. The current, refined version of zeppole with sweet vanilla custard came much later, perhaps towards the end of the 19th century. It is believed that it was invented in Naples.

Today even though zeppole are different and the custom of frying them out in the open and giving most away has been lost, people still carry on the tradition of eating them for the Feast of San Giuseppe. The unanswered question remains do you like them plain, the traditional way, or stuffed with a piece of candied cherry on top? 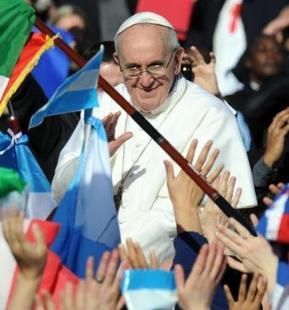 This morning, more than 200,000 people gathered in St Peter’s Square in Rome for the inauguration Mass of Pope Francis.

The Pope marked the start of the new pontificate with a long tour around St. Peter’s Square on an open jeep. He waved and smiled at groups of people from all over the world, hoisting their banners in the square. He got out of the jeep to say hello to a disabled person, then stopped again to kiss two children held out to him from the crowd and, at some point, he also blessed the faithful, smiled and seemed to mouth the word ‘ciao’.

The religious celebration began at St. Peter’s tomb, where the Piscatory ring and the Pallium woolen vestment of the papal office were conferred to the new pope. Pope Francis, formerly Cardinal Jorge Mario Bergoglio, chose a model of Piscatory ring made of gold-plated silver, while in the past it was typically cast in gold for each pope. The ring served as the official signet to seal papal documents until 1842. The fact that Pope Francis chose to have a silver ring has been seen by many as a sign that he is aiming to be the “pope of the poor”. 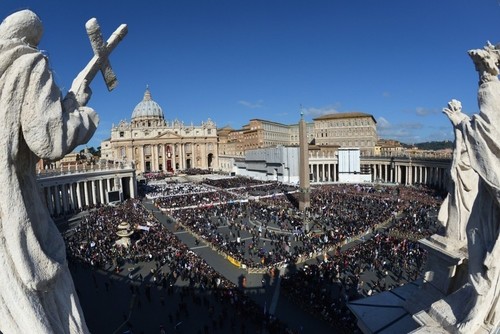 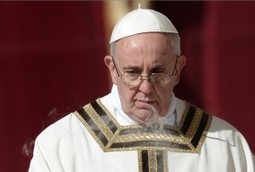 • Namesake Mount Sibilla is named for a legendary prophetess named Sibyl. Knights and other petitioners from across Europe made the arduous journey to her remote cave, the story goes, in hopes of gaining a few precious pearls of wisdom.

• Village Charm Eighteen charismatic towns, tucked in and among the mountains, are packed with historic art and abbeys, castles, and medieval town centers that evidence an ancient relationship between the land and its people.

• Towns Each community has its own character. Cessapalombo, meaning “cut-down forest,” dates to the third century B.C. and has a museum to charcoal burning, which was one of the early industries in the area. The valley of Acquacanina is a center of Benedictine abbeys, placed under direct Papal protection in 1192. The fortified town of Arquata is still surrounded by ancient walls and gates. And Visso, home of the park’s headquarters, is set among wooded hills where five river valleys converge in a location so inviting humans settled the spot 900 years before Rome was founded.

• Park Peaks Here in the heart of the Sibillini Mountains ten peaks soar above 6,560 feet (2,000 meters), led by Mount Vettore, which tops out at 8,123 feet (2,476 meters). The mountainous slopes that reach these dizzying heights are cut by narrow valleys and rushing rivers before giving way to pastoral alpine landscapes below the tree line.

• Plants and Animals The park is home to 1,800 plant species and a wild bouquet of mountain flowers including edelweiss, pasqueflowers, martagon lilies, bearberries, and various orchids. Animal life includes wolves and wild mountain cats as well as prickly porcupines. Roe deer have recently been reintroduced. Golden eagles, peregrine falcons, eagles, owls, goshawks, snow finches, and sparrow hawks fill the skies. And small invertebrates are among the more interesting inhabitants—several live nowhere else on Earth except in a lake here.

• Local Flavor The Sibillini Mountains have some outstanding culinary offerings. Perched between the Marches and Umbria, a smorgasbord of cured meats is always on offer. Other tasty local fare includes apples, honey, truffles, mushrooms, chestnuts, chickpeas, and vin cotto or cooked wine.

How to Get There

Winters in the mountains are cold and snowy yet beautiful, especially to cross-country skiers and other winter sport enthusiasts. And the region’s thermal springs are especially welcome at this time. Spring brings the blooming of alpine flowers, and when truly warm weather hits the entire spectrum of outdoor activities is in full swing.

Monti Sibillini National Park is an adventure sport center. Mountain biking, horseback riding, hang gliding, paragliding, and climbing are all popular activities here. But other visitors happily stick to town streets and enjoy the artistic, cultural, culinary, and historic traditions that have arisen and endured here over the centuries. 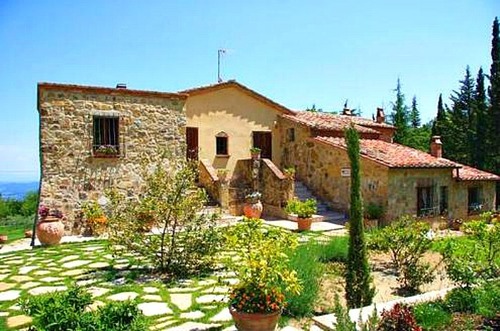 If you’re looking for Italian property with considerable letting potential, location is everything and as Tuscany is one of the country’s most popular regions, it is well worth exploring. In fact, in 2011 Knight Frank reported its busiest year yet for real estate in the region and while prices continue to fall, there are plenty of bargains on offer.

Continued verve for Tuscany among holiday makers and investors also means that the market remains fairly stable. Properties in the €750,000 (£650,204) to €4 million (£3.4 million) price bracket remain the most popular, with a large proportion of buyers targeting the wider Chianti region and the southern Tuscan/Umbrian borders. Restored homes with secondary guest accommodation are also sought after, according to Knight Frank.

So why do investors and holiday makers find themselves drawn to Tuscany? Sonia Tardetti from The Property Organiser explained to A Place in the Sun that it is the essence of the region that pulls people in. “Even if you have never been there, it is one of those places that tugs at the heartstrings,” she said. As a hub of culture and the home to breathtaking landscapes, it is not hard to see why.

“Once you have been there, you will start looking for an ‘excuse’ to move to Italy. And whatever the scale of your Tuscan renovation dream, one thing is clear: there has rarely been a better time to make it come true,” Ms Tardetti explained.

This is partly thanks to the market’s determination to attract new investors and fractional ownership is just one alternative being explored as a means to increase activity. The Global Property Guide reported that more and more people are looking to move to Italy but the financial crisis is putting a halt on investment. With fractional ownership people can purchase a share in a residence, giving them access to the property for a set number of weeks per year and access to all amenities. 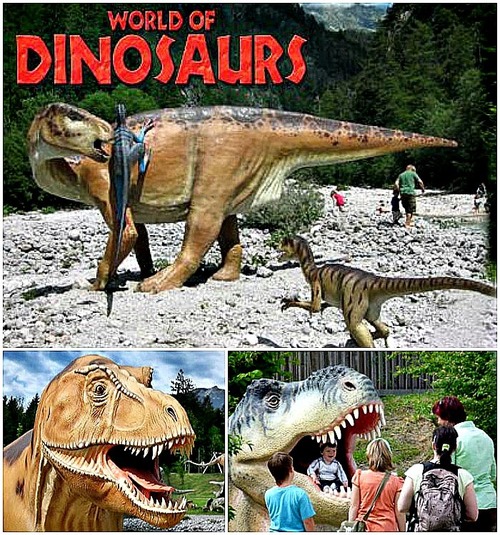 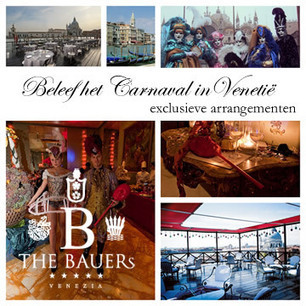 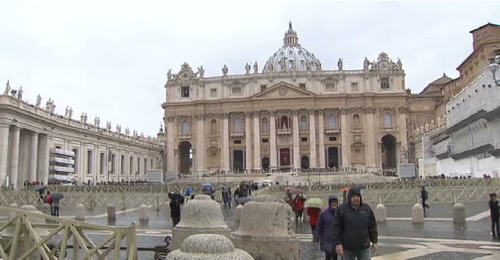 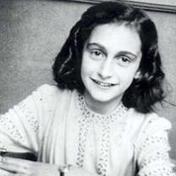 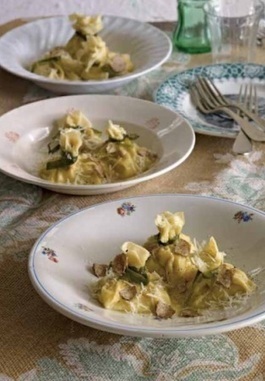