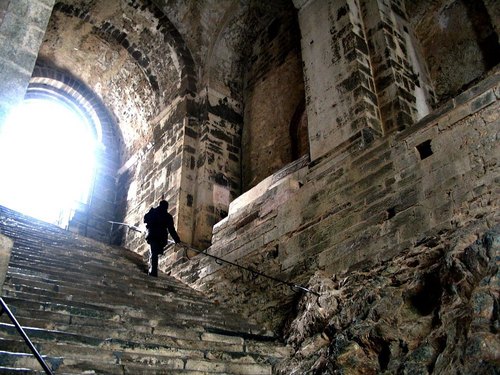 Entering the Sacra di San Michele near Turin in the Val di Susa. 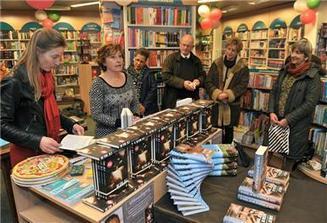 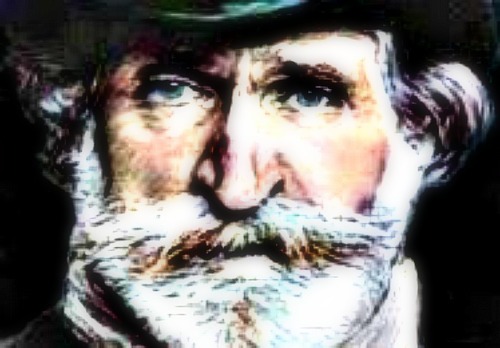 Guide to Verdian Events In Italy

In January, the opera house is mounting ‘Otello’ (Othello), followed by ‘Rigoletto’ from 31 May and his final opera, ‘Falstaff’ from 20 November.

The theatre will begin to pay its homage to Verdi on 5 February with a production of ‘Macbeth’ to open the season.

On 19 April, Cremona’s theatre will stage an evening dedicated to Verdi’s

On 15 and 17 March, the theatre will present ‘La Traviata’, 160 years after its premier in Venice.

The opera house is tagging productions of ‘Don Carlo’ from 2 May and ‘Macbeth’ from 17 June.

The world’s most famous opera houses honoured the great composer with a series of performances of ‘Falstaff’ that commenced on the 15th of January. Other Verdi operas to feature in the season are ‘Nabucco’ from 1 February, ‘Macbeth’ from 28 March, ‘Oberto, Conte di San Bonifacio’ from 17 April, ‘Un Ballo in Maschera’ (A Masked Ball) from 9 July, ‘Don Carlo’ from 12 October and ‘Aida’ from 25 October. La Scala closes its Verdian year with a performance of ‘La Traviata’ on 7 December.

The theatre is mounting a production of ‘Otello’ from 10 March.

Staging Verdi’s ‘Requiem’ from 24 February and ‘Rigoletto’ from 17 May.

Sicily’s Teatro Massimo will stage productions of ‘Nabucco’ from 22 March, ‘Aida’ from 12 April, ‘Rigoletto’ from 3 May and ‘I Vespri Siciliani’ (The Sicilian Vespers) from 11 to 13 June..

The opera season 2013 opened on 12 January with ‘Un Ballo in Maschera’ and from 4 March, the theatre will stage ‘Nabucco’.

The Verdi family lived in Piacenza for a time and the local theatre is celebrating their favourite son with a series of productions, starting 22 March with ‘Otello’, followed by ‘Rigoletto’ on 6 April, ‘Il Trovatore’ (The Troubadour) on 7 April and ‘La Traviata’ on 8 April.

The opera house begins it celebrations with a trilogy of productions in the autumn, starting with ‘Rigoletto’ on 9 November, which is followed by ‘Il Trovatore’ from 10 November and ‘La Traviata’ from 18 November.

The theatre is mounting a production of ‘Macbeth’ from 1 March.

The opera house is staging ‘I Due Foscari’ (The Two Foscari) from 6 March directed by Italian conductor Riccardo Muti and German film director Werner Herzog. From 16 July the theatre is staging ‘Nabucco’ under Muti’s direction.

The first opera house in the world to be named after Verdi, the theatre started its Verdi celebrations with a production of ‘Il Corsaro’ (The Corsair) on 11 January that inaugurated the season. From 8 March, the opera house is staging ‘Macbeth’.

On 5 March, the theatre kicks off its Verdi season with ‘La Traviata’ and follows that up on 10 April with ‘Don Carlo’. RAI-Radio3 will broadcast both operas.

On 18 January, the theatre began its celebrations with ‘I Masnadieri’ (The Bandits), and the season includes productions of ‘Otello’ from 10 July and ‘La Traviata’ from 30 August.

The prestigious Arena Roman amphitheatre opens it season on 14 June with ‘Aida’. The season continues with ‘Nabucco’ from 15 June, ‘La Traviata’ from 22 June, ‘Il Trovatore’ from 6 July, Verdi’s ‘Requiem’ on 13 July, ‘Rigoletto’ from 9 August, and a gala evening on 17 July features selections from various Verdi operas. On 4 July and 18 August, revered Spanish tenor Plácido Domingo will perform the title role in ‘Nabucco’. On 24 August, Domingo will also conduct a version of ‘Aida’ inspired by the original 1913 stage version.

Sergio Levantesi and the laser-cut trend of the summer 2013 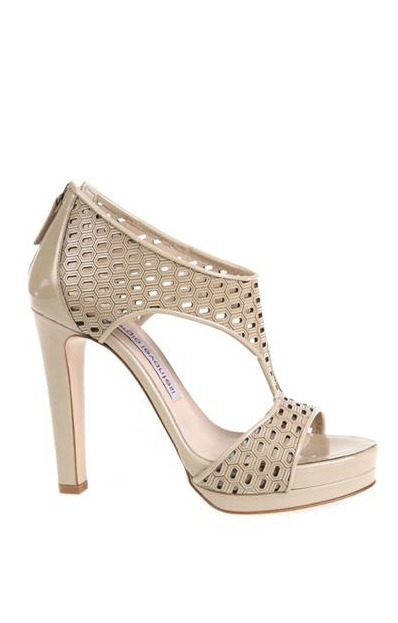 The laser-cut is a wonderful trend for summer. It is perfect as it keeps you cool and comfortable as well as helps you show off just enough skin. A laser-cut leather pair of shoes fit your holiday in tropical places as well as laser-cut on other materials like cotton or silk . Laser-cut detail gives the shoe a simple yet elegant and sophisticated look. This summer you can match a laser-cut bag with your pair of laser-cut leather shoes. 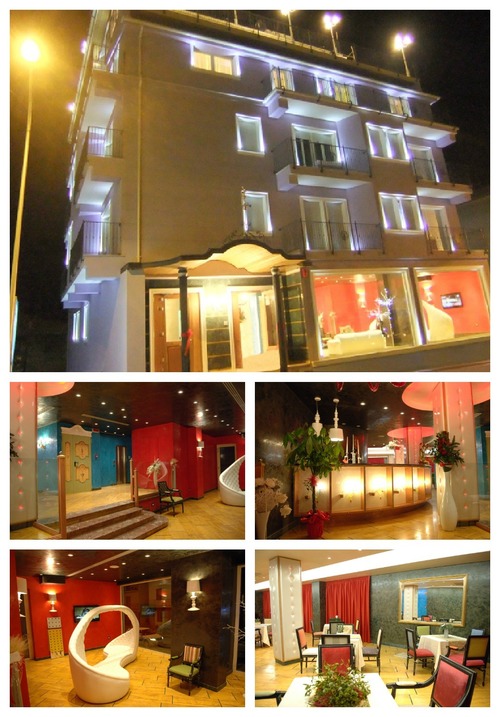 The Hotel La Rosa Dei Venti is located in Monte San Giusto, a town of nine thousand inhabitants in the province of Macerata just twelve kilometers from the coast, confining with the province of Fermo. In a panoramic position, the hotel overlooks the Chienti’s river valley, a typical medieval Hill town surrounded by more recent settlements located along the valley.

The hotel is in a strategic location in the core of one of the major footwear districts in Italy just fifteen minutes from the A14 motorway exit of Civitanova Marche, it is particularly suitable for business stays and is ideally situated for exploring the shore with its seaside resorts, the many interesting cultural and artistic centers such as the Sferisterio of Macerata, the Shrine of the Black Madonna of Loreto, the museum house of Giacomo Leopardi and the multitude of ancient villages each with its own peculiarities and traditions.

The Hotel is of an innovative design, strongly characterized by original solutions and features of a high-class hotel.

The friendly and professional staff provides impeccable service for a pleasant stay and is always available to provide information about tours of the region. 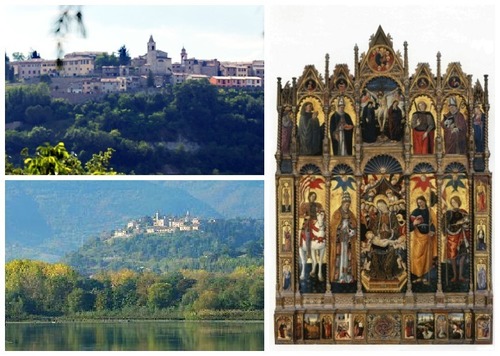 Back in the 60's with Le Silla: Espadrillas mania 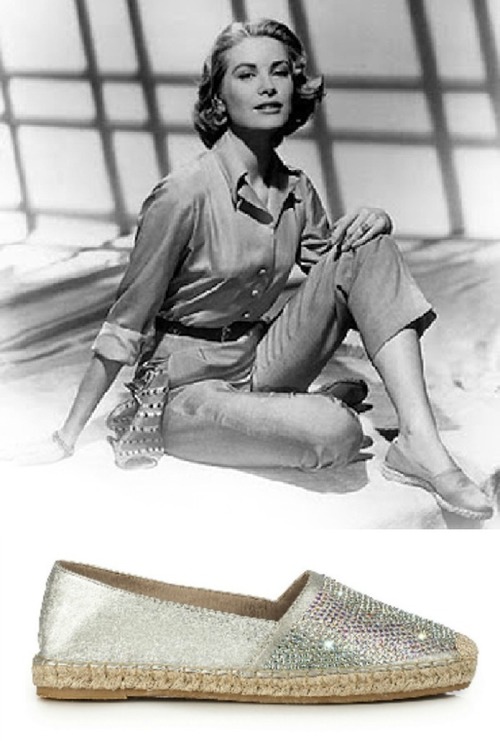 Born thanks to the fishermen of the Basque Coast, the first production of espadrilles stitched at home, are dated 1850, although it is believed that the first prototypes were worn in ancient Rome.

In the 60’s the espadrillas, from footwear designed for workers, become a must-have when wearing them were the style icons of that time, such as Brigitte Bardot and Grace Kelly.

A popular and famous product that Le Silla has reinterpreted with macramé lace or with crystal appliqués, to be glamorous even in the most chic beaches. 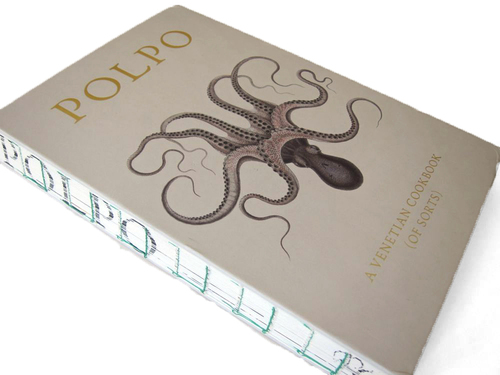 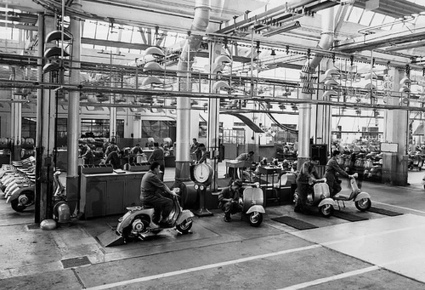