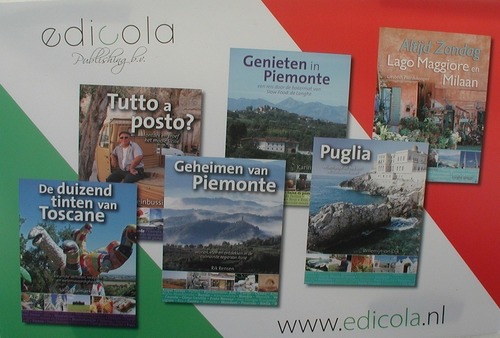 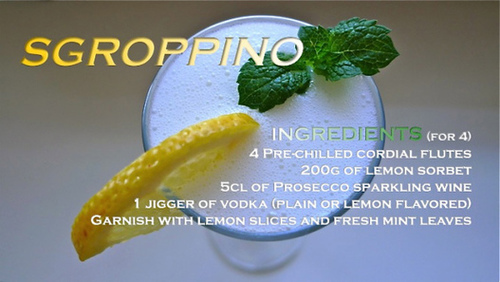 The Sgroppino, a creamy-smooth, frothy alcoholic beverage, is actually more of a digestivo (digestive) or liquid dessert than an aperitivo (cocktail).

Created by the inventive and masterful Venetians back in the 16th century, the Sgropin, as it’s called in the Venetian dialect, means to untie the little knots — the ones in your stomach following a rather large meal. Further away from La Serenissima it’s called a Sgroppino, or simply Sorbetto.

Made with milk-free lemon sorbetto (sorbet) and a bit of alcohol, the Sgroppino was served in aristocratic Venetian homes during dinner to cleanse the palate between the first and second courses — normally fish to meat — and to also help digest all that was consumed at the tail-end of the dinner. Discover the Colorful Town of Spello in Umbria 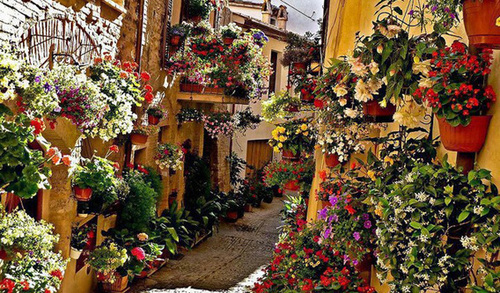 Explore the narrow cobblestone streets of Spello during your Italy vacations in the Umbria region. Waiting for the Italian Summer in Holland! (bij Italian...