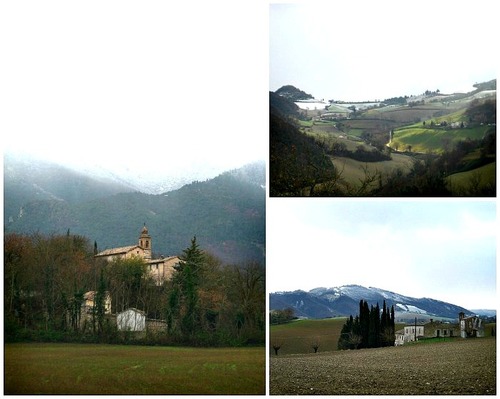 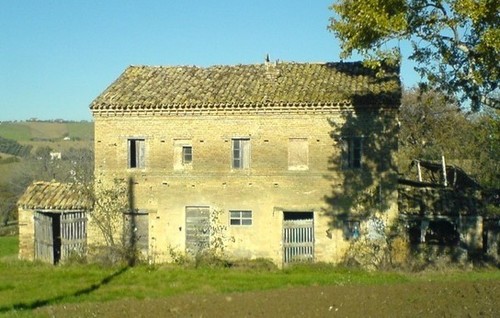 Why driving is the best way to explore Tuscany 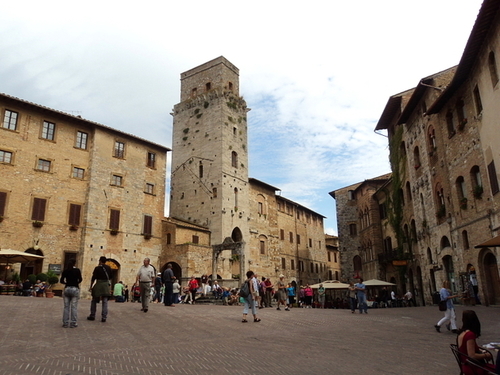 When we travelled to Italy, one of the things that I was set on doing was renting a villa in Tuscany for a week. The villa that I ended up choosing was located near the medieval town of Figline Valdarno, located about 30kms south of Florence. Although there is public transportation to the town, there was none that went near our villa, which is the main reason that I decided to hire a car.

It turned out that economy car hire in Italy is very affordable, so it didn’t eat into my budget too much, and this turned out to be the best decision that I made.

After picking up our car in Florence, it was a lovely drive out to our villa which is surrounded by vineyards and olive groves. The narrow winding roads in the area passed centuries old farm houses and little villages, with the rolling hills covered in vineyards, olives and forest on the way to the famous Chianti wine region.

Our first adventure in Chianti was a picnic looking out at the beautiful Tuscan countryside, followed by a visit to the interesting town of Greve in Chianti.

Each day, we passed through the beautiful Chianti region, sticking to the more minor roads and visiting little villages on our way to the more popular medieval towns of Siena and San Gimignano. There is a train line from Florence to Siena, however there is no easy way to get to San Gimignano without a car, and it would have been a real shame to miss this perfectly preserved medieval town, which, by the way, also has the world’s best gelato!

Away from the towns and villages that we could only visit by having a car, I think the greatest thing of all about renting a car in Tuscany was the pure freedom that we had to go and do what ever we wanted. There was no need to worry about leaving a place in time to catch a bus or train, and if we saw something on the way to somewhere we could simply pull over and have a look. There were no restrictions at all, and this was a great feeling.

Our week in Tuscany was definitely one of the highlights of our trip to Italy, and renting a villa and a car was by far the best way to do it. 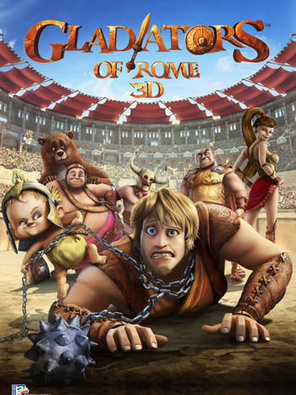 The film’s creator, Iginio Straffi, will receive a special award at the eight-year-old event.

Gladiators of Rome 3D, the big-budget animated adventure story from Iginio Straffi, had its U.S. premiere Sunday on the opening night of the Los Angeles-Italia Film, Fashion and Art Fest, while Straffi himself has been honored with the festival’s new Italia Excellence Award.[…]

Straffi is the founder of Rainbow, the successful Italian animation house located in the Italian region of The Marches, far from the traditional Italian cinema and television power centers in Rome and Milan. Rainbow’s flagship franchise Winx Club — highly successful in Europe but showing in the U.S. only since last year — will also screen at the Los Angeles-Italia Fest, on Wednesday.

Straffi told The Hollywood Reporter he was eager for Gladiators of Rome to screen in the U.S. market, in order to show the quality of animated features coming out of Italy.

“Top quality animation is not the exclusive property of Pixar and Dreamworks and Fox,” said Straffi[…]

Pascal Vicedomini, the eight-year-old festival’s founder, called Straffi “a visionary” and said he is “a perfect example of how contemporary Italian artists combine creativity with entrepreneurial skill.”

Gladiators of Rome, whose $45 million price tag makes it one of the most expensive Italian films ever made, opened in its home market last October, where it has been a box-office success. It has screened in about half a dozen other territories since then. 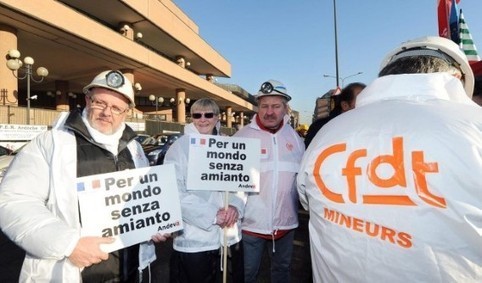 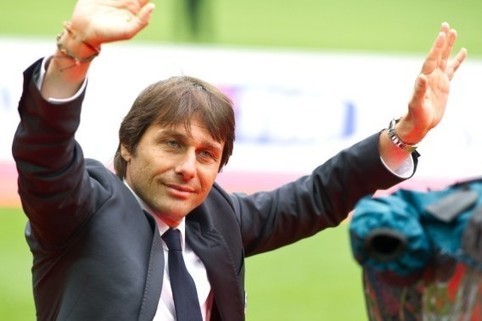 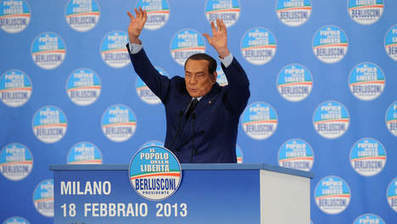 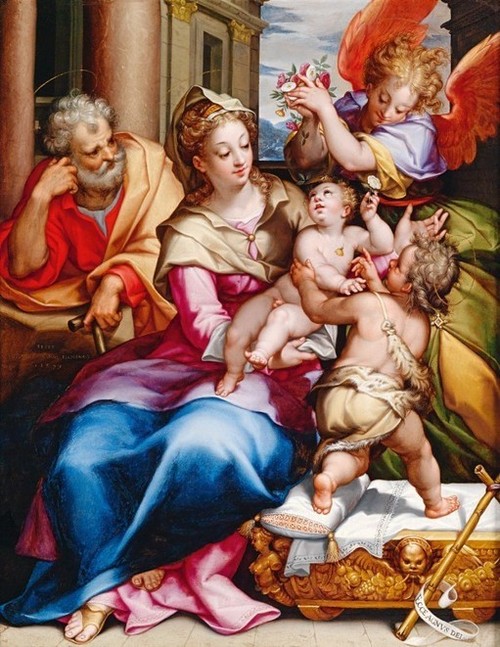 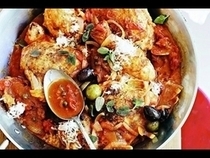 Italian cuisine is very diverse and interesting, yet strikingly simple. It’s simple in a sense that it often contains only a maximum of eight ingredients. It’s interesting due to its regional diversity, and despite that there are only a few ingredients, is there’s difference in taste and just one dish and tickle your taste buds in many ways.

The dishes, instead of created in culinary schools by chefs and experts, are created in the home, usually by grandmothers and mothers and the recipe passed on from generation to generation. Per region, there are characteristic dishes and flavors, which tell a lot about the country’s history and lifestyle. The traditional Italian meal consist of three to four courses, starting with appetizer, first course (usually pasta, soup, or any hot dish), second or main course (this is where the meat comes in), and dessert, Some meals may have two desserts, first cheese and fruit before the sweet dessert followed by coffee and then digestives or liqueurs.

Pizzas and pastas are very popular Italian dishes, some even being adapted as a fusion of other cuisines. Pizzas alone have various flavors and combinations. The simple cheese pizza can have a few more ingredients on top and it immediately turns into something different. Pasta can be simply tossed with garlic and olive oil or have the robust blend of tomatoes, anchovies, olives, and spices. Pastas also come in various forms, and not just the long stringy ones in spaghetti. There are flat, long pastas, wide pastas, pastas that can be stuffed with meat and vegetables and then topped with sauce. There are bow-shaped pastas, twists, cuts, and more pasta shaped into fun shapes for soups and also fun shapes like animals to appeal to young children.

Aside from popular dishes like pizza and pasta, there are also meats and seafood served in the main course. Fish is most popular during lent, when abstinence from meat must be observed. For dessert, there is the popular tiramisu, a cake made from layering biscuits dipped in coffee or coffee liqueur with a mixture of egg yolks and mascarpone cheese whipped together. Christmas cake also had its origins in Italy.

Espresso had its origins from Italy. It can be served as is in a demitasse cup or can be the base of other coffee drinks such as macchiato or cappuccino. Alcoholic beverages are usually wine, beer, and other liqueurs such as limoncello or grappas. 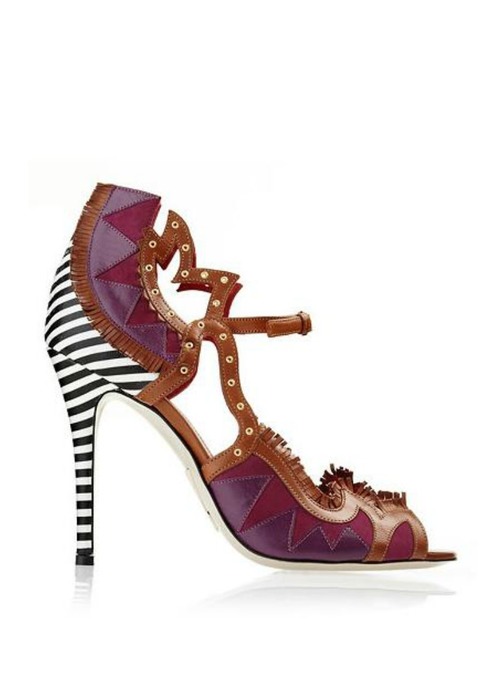 Extraordinary is one way to describe emerging talent Daniele Michetti’s fantastical creations. “Sophisticated, feminine and eclectic” are how the designer himself would describe them.

Son of a shoemaker, Daniele seems to have shoes in his DNA. Born in 1976 in the Marches region, he began his professional career as a designer and product manager at Santoni, subsequently honing his skills at Burberry Prorsum, Yves Saint Laurent, Sergio Rossi and Tod’s.

In 2009, Daniele caught the attention of buyers and press after winning the accessories award in the prestigious Who Is On Next competition. Collection after collection, we see his signature elements – sensual forms and decisive details that characterize each of his creations. For Spring/Summer 2013, he has integrated one of the strongest trends of the season – optical prints – which he creates with subtly braided leather and of course, a few studs here and there. 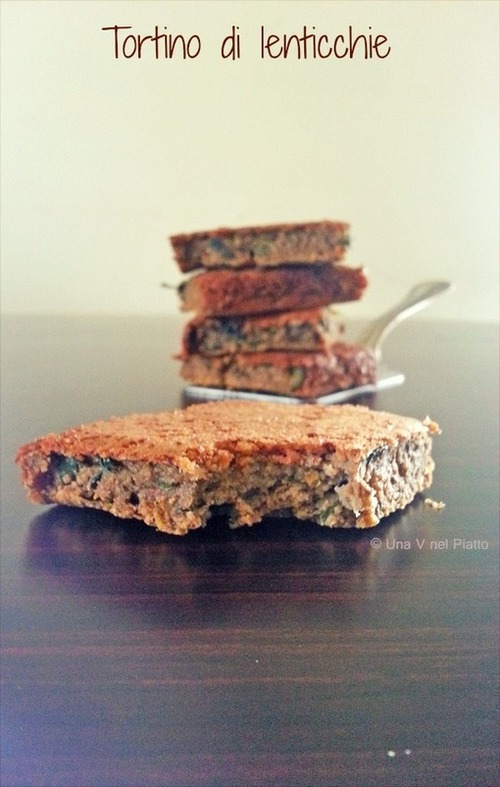 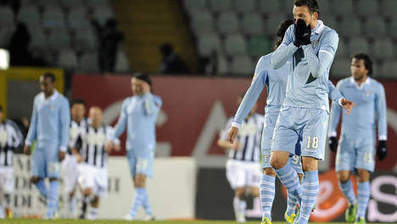 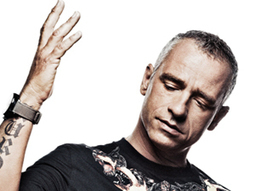 Buy tickets for Eros Ramazzotti - NOI World Tour 2013 at Ziggo Dome on 20-4-2013 at LiveNation.nl. Search for Netherlands and international concert tickets, tour dates and venues in your area with the world’s largest concert search engine.