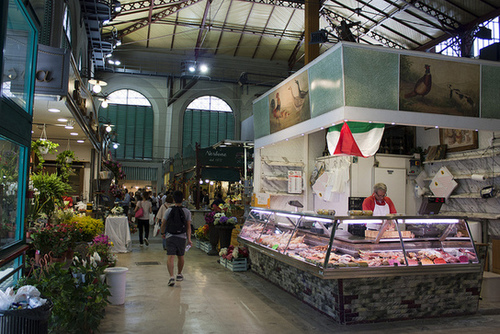 How does a foodie view a trip to a new city? He or she will create an itinerary where before or after the museum, around the corner from his or her hotel, near every single mandatory stop there will be a chance to run off and take a bite of the city! So here are 5 food stops you can’t miss in Florence! You will need at least one day to get to them all! The order has been split up from morning (snack- lunch-snack-dinner-after dinner) to late at night.

To Siena to See the Door to Heaven | Tuscan Traveler 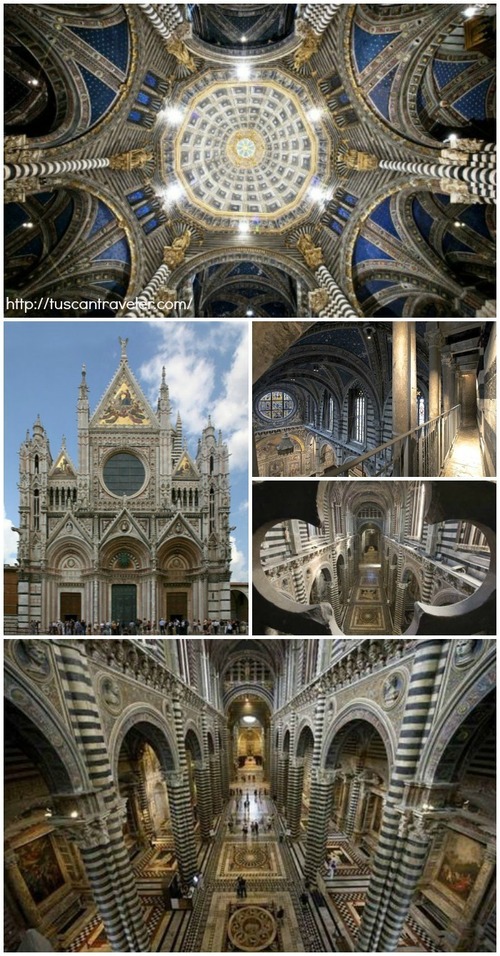 Experience the extraordinary opening of the Porta del Cielo (Door of Heaven) – or, at least, Siena’s version of it. From April 6 to October 27, 2013, if you happen to visit Siena, don’t miss this spectacular opportunity.

For the first time, after extensive renovation, it will be possible to take a tour of the walkways in the vault of the Duomo of Siena. Internal passages, balconies (both inside and outside) and hidden attic spaces will be open to small, guided groups. Until now, these parts of the Cathedral were accessible only to the architects and builders in charge of maintaining the structure over the centuries.

The two massive towers on each side of the façade of the Duomo house spiral staircases that lead up into the roof where there is a series of walkways and rooms that provide astonishing views of both the interior of the Duomo and the city of Siena outside.

You will be able to look down onto the marble intarsia floor of the main nave and understand its design in a way that until now could only be done through photographs. You will be able to traverse the walkway over the main altar and almost reach out and touch Duccio di Buoninsegna’s stained glass rose window. Finally, you will be able to walk along the balcony inside the dome of the cathedral from which there is a fabulous view of the high altar. 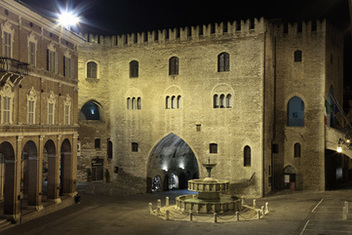 Situated between the Adriatic Sea and the Apennines, the Marche (or Marches in English) is a pleasant agricultural region bordering San Marino and Emilia-Romagna to the north, Abruzzo to the south, and Umbria to the west. It was originally named for the medieval March of Ancona and nearby marches of Camerino and Fermo.

The region’s star attraction is the walled city of Urbino, which flourished during the Renaissance, and has justifiably been recognised as a World Heritage Site.

Famous people from the Marches include (chronologically): the Roman politician Pompey, the Renaissance painter and architect Raphael, the Enlightenment writer and philosopher Giacomo Leopardi, the composer Gioachino Rossini, the educator Maria Montessori, and the motorcycle champion Valentino Rossi.

Marchigian cuisine is fairly disparate and traditional. It is particularly famous for its brodetti, fish stews typical of the Adriatic coast that have constitued an essential part of fishermen’s diet since ancient times. In Ancona, the regional capital and main seaport, you will find the brodetto all’Anconetana, a thick tomato-based stew made with 13 different types of fish and shellfish. Traditionally these usually include red mullet, scorpion fish, turbot, cuttlefish, squid, shrimps, langoustine, mussels, and clams, but ultimately depends on what’s available at the market.

The Marches have an abundance of cured meats such as coppa (aka capicolo; dry-cured whole pork shoulder or neck), ciauscolo (smoked and dry-cured pork sausage), mazzafegato di Fabriano (mortadella made from fat and lean pork with liver and lung), prosciutto del Montefeltro (smoked dry-cured ham made from black pigs with vinegar and ground black pepper), salame lardellato (sausage made of lean pork shoulder with diced bacon, salt, pepper, and whole peppercorns).

The province of Pesaro is Italy’s biggest truffle producer, especially renowned for the rare and expensive white truffles.

There are 12 DOC or 5 DOCG wines in the Marches, although most of them are little known outside of Italy. The Marches produces 2 million hectolitres of wine annually, 20% of which is DOC(G). The region is best known for its crip, refreshing white wines, such as Verdicchio dei Castelli di Jesi, which has been called the best wine for fish in Europe, and Verdicchio di Matelica. The Verdicchio owes its name to the slight green hue of the wine made from this grape variety. 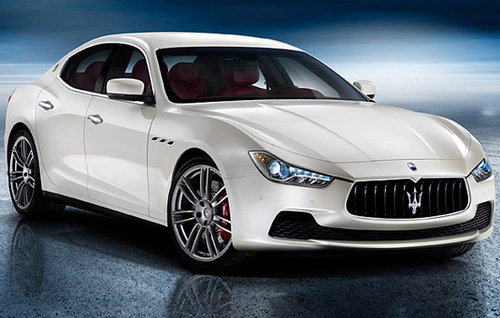 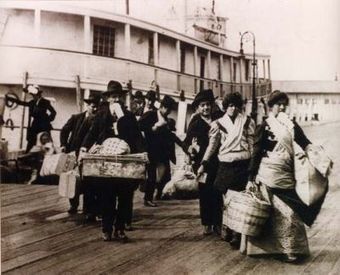 During the past 150 years of Italian unification, over 30 million people have left Italy. Setting out to make their fortunes overseas, this massive diaspora found Italian’s settling in Northern Europe, North and South America, and Australia.

The hub of this migration was the port of Genoa, where departing Italian families set out for new world destinations. As the principle location in Italy’s migration history, Genoa was a fitting home for CISEI (Centro Internazionale Studi Emigrazione Italiana), the International Centre of Italian Emigration Studies.

CISEI was formally established in 2006 but began the task of cataloguing emigration documents in early 2004. The documents are essential to realise its aim to collect has much information about each expatriate as possible. The collected data create the most comprehensive archive of Italian emigration and the database is now available online.

Recreating passengers’ embarkation lists from the Port of Genoa from 1876 to 1925 is no small task. Between 1876 and 1901, nearly 2 million people departed through the Port of Genoa, with another 1.7 million embarking between 1902 and 1925. With a small dropoff during World War II, Italian emigration continued at a steady pace until the 1970s.

CISEI has established relationships with various international institutions to share and consolidate information. […]

Experts estimate that there are 50 million people in the world today with at least one-eight Italian blood. The monumental work of CISEI will ensure that these members of the Italian community will be able to investigate their family background from anywhere on the planet. Read More 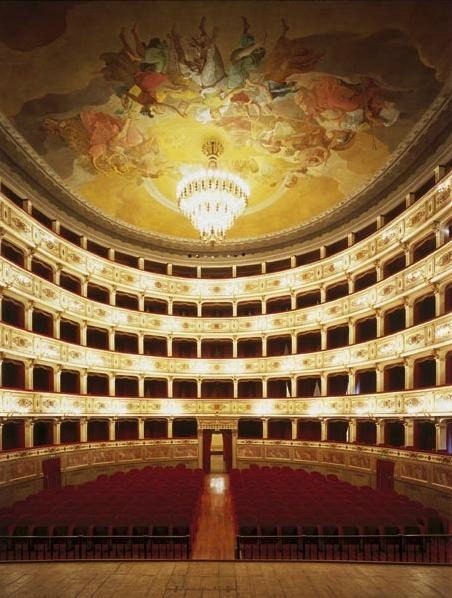 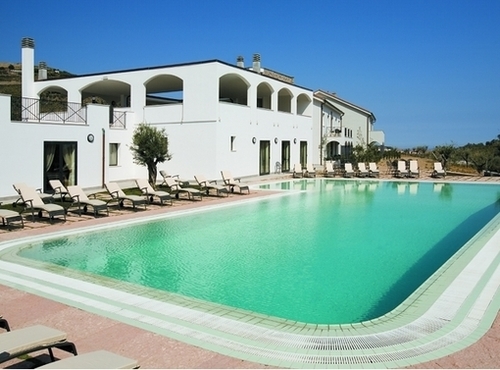 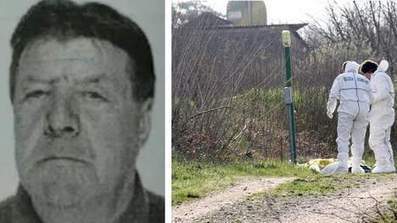