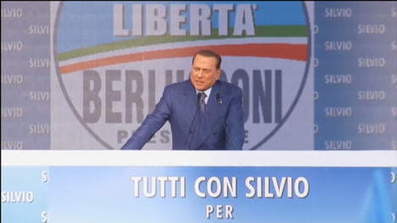 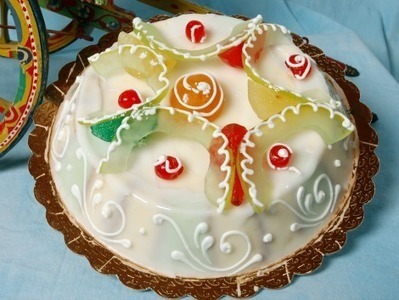 taly has yummy tradition of Easter treats, with a particularly rich range of regional offerings. We select three of the very best cakes and pies which you really shouldn’t miss and recommend three savoury ones also worth trying

Easter is the sweetest holiday of the year. No other festivity can beat the crop of chocolate eggs, marzipan lambs, and Bundt cakes that make their appearance between mid March and mid April. In Italy, in particular, regional traditions make the Easter table even richer and sweeter than elsewhere.

Eggs are ubiquitous of course, as are the colombe, dove-shaped cakes made with flour, eggs, sugar, candied peels and butter, and covered with pearl sugar and almonds. But eggs are just as popular in other countries while colombe, though loosely linked to Lombardy’s history and gastronomy, are a clever and relatively recent commercial initiative from panettone producers, who thought they could adapt the traditional Christmas recipe to another holiday.

Where to buy in Italy: Sardinia 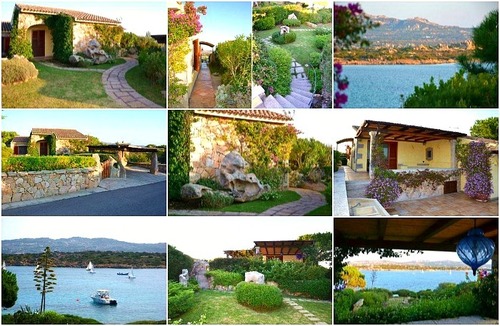 Blessed with some of the most dazzling landscapes in all of the Mediterranean, Sardinia is a fascinating island with wonderfully kind people.

The second largest island in the Mediterranean (after Sicily), Sardinia is a unique and endlessly beguiling place. It has an intriguing history, it contains extraordinarily colourful landscapes, unspoilt and unchanged for thousands of years. It shelters wildlife so diverse and exotic that the island has sometimes been dubbed ‘the Galapagos of the Med’. Clean, uncrowded, elemental and distinctive, Sardinia remains one of Italy’s most special places.

It’s worth spending a moment considering some of the island’s many landscapes. Beaches here are so beautiful that Sardinia has sometimes stood in for the Caribbean in television commercials

Incredibly the crowds are still small, and their coming hasn’t generated the usual tourism-eyesores such as ranks of high-rise buildings. It’s just not that sort of island. And careful laws protect it from ever becoming that sort of island – which, in turn, protects the value of property here. The truth is that clean, sleepy Sardinia is way off most tourists’ itinerary of Italy.

It was the Aga Khan, who first drew foreign visitors’ attention to Sardinia in the 1960s, and established the ‘Costa Smeralda’ as a quietly opulent holiday area for the rich and famous.

Thankfully, budget airlines began opening up Sardinia from the year 2000 onwards, and delighted visitors realized that there was far more to this island paradise than the fabled Costa Smeralda in the northeast.

Today there are properties available on Sardinia to suit every budget – from lush villas to smart townhouses to inexpensive apartments to country homes large and small.

This island is still the haunt of the rich and famous, and there are plenty of properties here that reflect this.

On the subject of visitor interest, Sardinia is a great place to buy property if you hope to rent your home out to holidaymakers. Rental prospects are very good on the island, especially for properties on or near the coast (particularly Russians are increasingly interested).

Proximity to the sea is important, but not essential if the apartment is situated in a complex with a pool. Sea-views are obviously a plus.

Wherever you choose to buy on Sardinia, you can be sure that you’ll find yourself increasingly bewitched by this island’s unique personality. Culturally quirky, geographically stupendous, sensitively developed and very warmly welcoming, this is truly one of the Mediterranean’s most magical places. 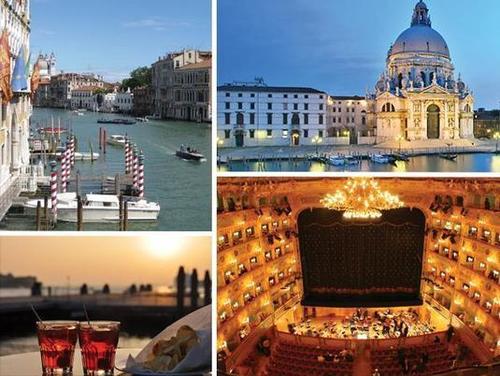 Trying to tackle the labyrinth that is Venice can be a daunting task, especially when you only plan to have a three day stint to experience all that the city has to offer. So, if you are planning a trip to la Serenissima, here are a few tips to help guide you through the city like the locals do.

Walking is the best way to see Venice, especially if you go during Biennale season where stumbling upon free contemporary art exhibitions in abandoned houses, palazzi and lesser known churches is quite common. The best piece of advice anyone one can give you is to not be afraid to literally get lost. On the other hand, vaporetti (water buses) while convenient are often filled to the brim with tourists. But they can make for a good break when you are tired from ascending and descending bridges. They can also be a great way to take some excellent shots of the island itself and are a lot more affordable than Gondolas (over 80 Euros for about a ten minute ride as opposed to the 6 Euro Vap Pass that is valid for about an hour).

Note that Venice is made up of six sestieri, or districts, such as the boroughs of New York City or arrondissements of Paris. The word derives from the figure six, Venice having been historically cut up in six quarters in the 11th century: Cannaregio, San Polo, Santa Croce, Dorsoduro, San Marco and Castello. These sestieri are connected by an intricate network of 3000 calli (the term for street in Venetian), rio or rii in plural (small canals), 420 bridges and three official canals: Grand Canal, Cannaregio and Giudecca. Beware wanderers that only three bridges cross the Grand Canal: Scalzi, Rialto, and the Accademia.

Le Marche produces a large variety of wines including 13 varieties of wine carrying the D.O.C. (Denominazione di Origine Controllata) label. Many of these wines are little known outside of Italy but visitors to the region have a pleasant surprise when they try the local wine produced by many small aziendas and cantinas and the fantastic prices![…]

Produced from grapes which ripen in a restricted sunny area in the foothills of the mountain which goes by the same name just south of Ancona. The prevailing protagonist of it’s composition is the fruit of the Montepulciano vine to which may be added Sangiovese in quantity not exceeding 15% of the total. It is an exceptional wine with a remarkable Mediterranean temperament, a ruby red colour, clear and brilliant, dry flavour pleasing to the taste, rich fruity nose, full bodied and velvety. Alcohol content not less than 11.5%.

It was particularly appreciated by the ancient Romans and is an ideal companion of roast meats, game and in general all rich and spicy food – a strong personality

A high quality wine produced in a small area north of the River Esino in the province of Ancona with Morro d’Alba at it’s center. It is produced from the lacrima grape, native of the area. A rich ruby red with violet reflections in young wines. A pleasant, dry but smooth taste and a rich fruity nose reminiscent of bilberries and violets. Almost a varietal, a maximum of 15% of other grapes of approved varieties may be added for correction purposes, normally Montepulciano and Verdicchio. After the first racking in late December a 2nd fermentation is induced by the addition of a must produced from partially dried grapes (a method known as the ‘governo Toscano’).

Normally consumed as a young wine during the year of bottling but sometimes aged for up to 3 years. Best served at below room temperature (around 15°C) Goes well with Vincisgrassi, lasagna, pasta dishes with a tomato and meat sauce, all roast and grilled red meat and game.

Amongst the thirteen, the one that covers the largest zone of production covering the entire lowlands and medium hills of the centre and south of the region. In the most part, the territory inhabited by the ancient Piceni.

Sangiovese and Montepulciano are used in it’s production with added small measures of Trebbiano and Passerina. A beautiful ruby red colour and a pleasant dry and fruity flavour graded at 11.5% increasing to 12-13% which qualifies the wine as ‘superiore’ 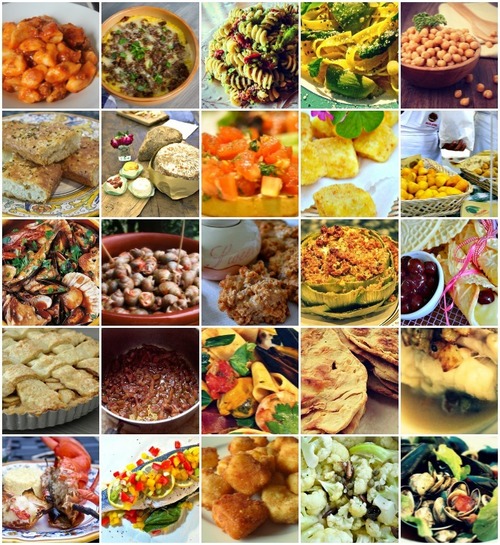 Beautiful seaside towns and resorts, long beaches for summer vacations, stunning countryside for walking tours and a strong seafood culinary tradition: Le Marche is all of that and much more. Nestled between the Adriatic shore and the Appennines ranges, the Italian region features typical food coming both from the inland and the seaside. For your next holidays in Italy, think about cooking vacations or gastronomic tours in Le Marche and don’t forget to taste the following recommended dishes.[…]

If you want to try lasagne as you have never tasted, Vincisgrassi is the traditional first course from Le Marche that you was looking for.

The recipe was first cited by Antonio Nebbia in his book “Il cuoco Maceratese” in 1783. As you many guess by the title, the recipe must have been created in the town of Macerata, but you can find it in many other tourist destinations of Le Marche. It seems to be named after Windischgratz, the Austrian general who is told to have enthusiastically eaten it after a victorious battle against Napoleon.

The secret which makes Vincisgrassi such a delicious dish, must be the flavourful tomato sauce placed among the layers of pasta since it is enriched with ragù made from pork, veal and chicken. If that wasn’t enough mushrooms and truffles are added to give a plentiful savour.

Order Vincisgrassi lasagne as main course in any typical restaurant in Le Marche region… every bite will be a mouthwatering experience for your palate!

Large, crunchy, stuffed: they are “olive all’ascolana”, a delicacy of Le Marche region which received the DOP recognition in 2005. This famous appetizer can be ordered at restaurants, bars, pubs and you can find them listed in the Antipasto or Aperitivo section since Ascolana olives are used to be served as an antipasto along with other fried snacks or as finger food in cocktail hours.

The soft crisp external part hides a green olive and a heart of meat. You could even find the recipe to prepare it at home but… don’t make it that simple! The authentic recipe dating from the seventeenth century uses exclusively olives ascolane tenere – from Ascoli indeed – filled with pork, veal, chicken and vegetables.

Flavourful Brodetto all’Anconetana – A fish soup that you will never forget.

If you drop by the coastal towns of San Benedetto del Tronto, Ancona, Porto Recanati and Fano, you will be overwhelmed by the unique flavour of seafood coming from any restaurant, as you have a nice stroll in those quaint villages. So don’t think twice, time has come for you to stop and taste the regional delicacy Brodetto all’anconetana. This tasteful fish soup cooked with 13 or more different varieties of seafood – including mullet and cuttlefish – is a local tradition as old as fishing. Expert chefs in any Le Marche town have created signature versions of Brodetto all’anconetana, giving the opportunity to make an unforgettable gourmet journey. It is recommended to savour Brodetto with the DOC white wine Verdicchio, which best emphasises its characteristics. 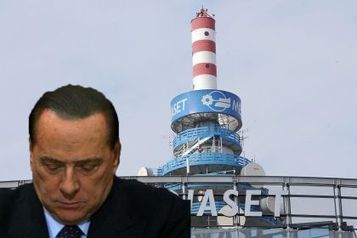 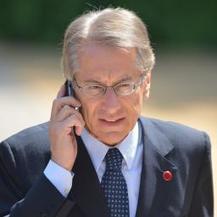 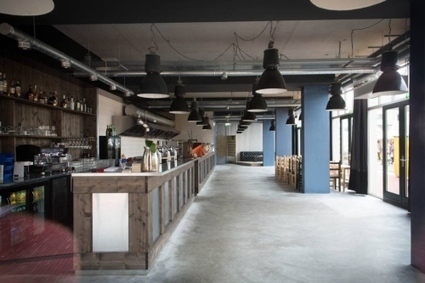 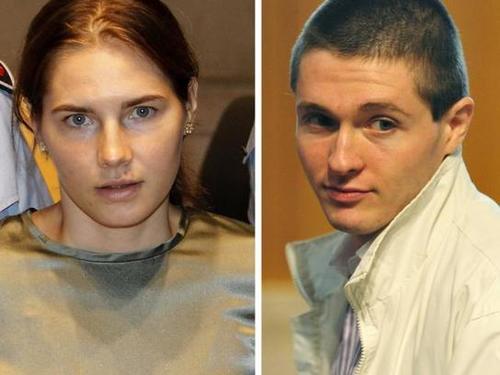