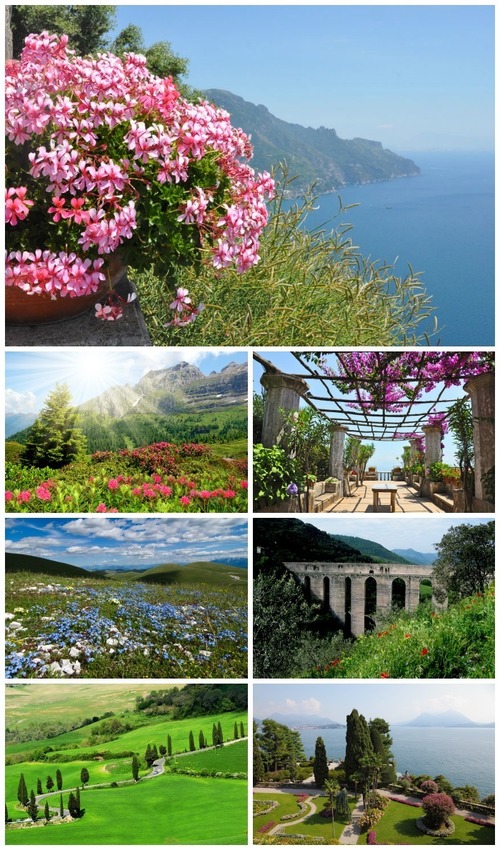 Italy in spring? Stunning! But while that’s true no matter where you are (in fact, here are 6 reasons we love Italy in springtime), we tend to think that nothing shouts spring!… more than blooming flowers. And gorgeous views. And verdant landscapes. Especially in a country as full of natural beauty as this one.

You agree? Then make sure you check out our list of places you especially won’t want to miss in Italy in springtime.

Here are 6 of our favorites. 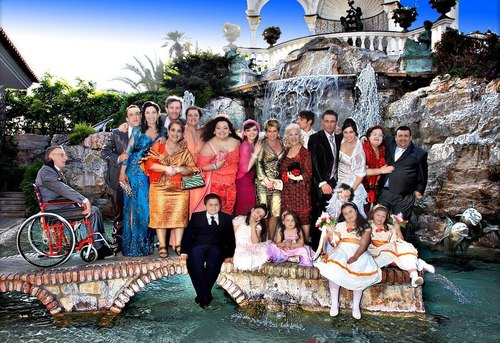 The Italian director Matteo Garrone came to global fame in 2008 for his realistic portrayal of mafia life in the hard-hitting drama ‘Gomorrah’. Based on a book published by Italian journalist Roberto Saviano in 2006, the film depicts the Casalesi clan that forms part of the camorra criminal organisation based in Campania. 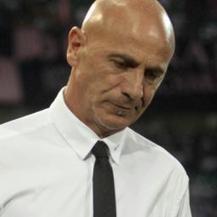 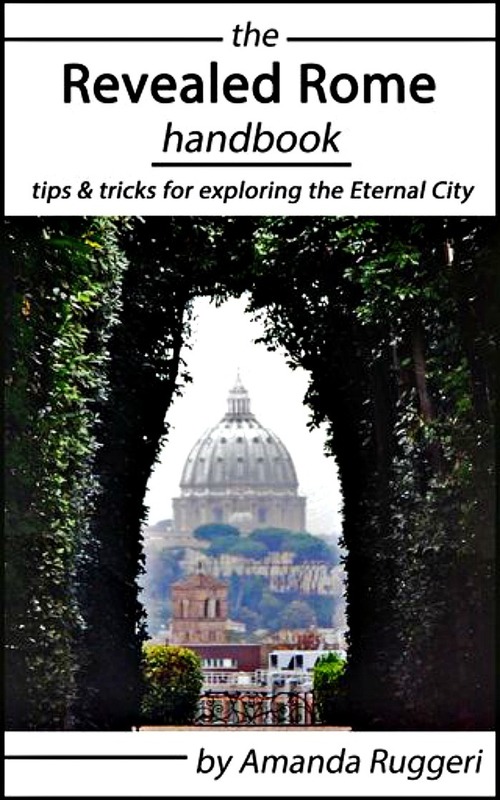 Amanda Ruggeri is an American expat and long-time resident of Rome. She knows this city like the back of her hand and consistently shares her insight via her well-written blog www.revealedrome.com. Now Amanda has also just released a book called The Revealed Rome Handbook: Tips and Tricks for Exploring the Eternal City. It both complements and extends her online treasure trove.

Reading the book, you will notice that Amanda’s love for this incomparable place is accessible and welcoming. In fact, she is herself also accessible and welcoming. Amanda invites her readers above and beyond the handbook, suggesting that you contact her directly with questions and for any further advice. She also offers a personalised trip-planning service via Skype.

Amanda’s multi-layered approach to sharing information strikes me as very appropriate for this most ancient and complex of cities. Rome can be as awe-inspiring, sexy and delicious as it can also be confusing, overwhelming and frustrating (at times). So, whether you are coming for a long stay or a short visit, I support Amanda’s suggestion that you consider her book a “shortcut to experiencing Rome like a local.”

Over six chapters, she covers just about every topic likely to pique a visitor’s curiosity in thoughtful detail. In fact, the only real exclusion I can see is one that everyone hopes most visitors never need to experience anyway. That is, the ridiculously convoluted journey out to the immigration centre in Rebibbia to process a working holiday visa. However, should you by chance need to also experience this, I suspect that Amanda is actually well-placed to also provide you with some good-humoured and common sense guidance on this topic as well.

Each of the book’s chapters is focused on a different aspect of a trip to the Eternal City (e.g. planning, eating, sightseeing, etiquette, shopping, safety and bathrooms!). The ultimate beauty is the fact that it is a personal handbook rather than a generic guidebook and I guarantee that you will appreciate Amanda’s humorous and intimate touch. Here is someone who genuinely wants you to love the Eternal City as much as she does and who also has the know-how to make that happen. 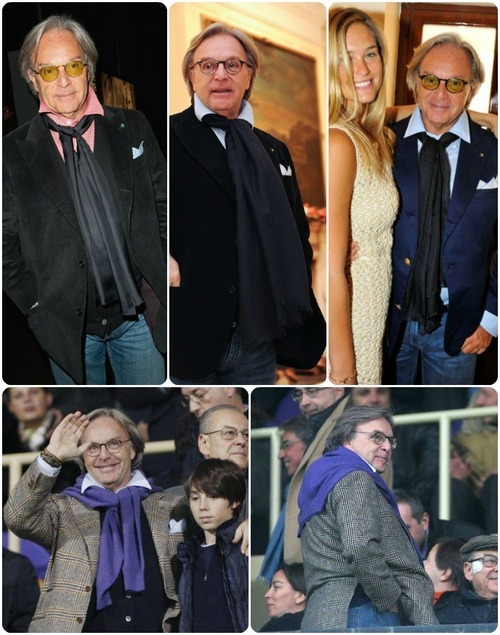 Some guys shop with patience of Job, waiting months and diligently scouring sale sections for just the right deal. On the other hand, there are those guys that regularly pour out a small fortune just to look like they found their clothes in a dumpster. Most of us probably fall somewhere in between, splurging and scrimping from time to time. And then, there’s Diego Della Valle, a man that simply dresses like pure opulence. Of course, it helps that Della Valle is the CEO of a little company called Tod’s footwear so he pretty much dresses up to his title, but when it comes to Della Valle, as with so many other Italian icons (a pack lead that’s lead by Gianni Agnelli who helped elevate Tod’s to another level when he wore them back in the day) how you wear it is often far more important than what you wear. In fact, Della Valle’s clothes themselves are not particularly remarkable (although he is a great template for proper fit, particularly for bigger guys) mainly focusing on blue shirts, navy or grey jackets, washed denim and of course Tod’s.

Aside from how he carries himself underneath this uniform, what I love about Della Valle’s style is that he often wears things outside of their intended purpose. What I mean by this is that Della Valle seems to love the unconventional add-on, taking a basic piece and re-imagining it by placing it somewhere else within an outfit. Now I’m not talking about going off the deep end, such the absolutely heinous Eldredge knot which I can’t believe I’m even mentioning right now, but Della Valle’s “wrong” combinations actually work in my mind. First off is the “scarf-as-a-tie” look, which admittedly only a man of Della Valle’s stature (and I mean that socially, economically, and physically) really could pull off, but nonetheless it’s something that I can’t help but admire. The way Della Valle wears it, with a raised collar and a solid scarf tied loosely to the front in a manner that is brash, but not too ostentatious. It reminds me of an elderly man I saw a few months who had tucked his scarf into his cardigan as if to say “I don’t care what you think, it’s my damn scarf after all.”

As I said, this look clearly isn’t for everyone, I certainly probably won’t be giving it a shot for at least a few decades, but Della Valle’s other atypical inclination is one that you will likely see me wearing this spring, and that’s the “sweater-as-a-scarf.” Once reserved for eighties preppy elitists (and the painfully confused bloggers that worship them) Della Valle’s version takes a neutral colored sweater, probably cashmere considering the number of zeroes in his bank account, and tosses it on top of a suit. It’s Della Valle’s go-to kit for soccer (or football if you happen to be from the man’s homeland) matches, proving that it’s an easy way to tone-down the formality of suit as you step outside the office. Of course, we can all throw sweaters over us shoulders and emulate Della Valle, but keep in mind, he has the bravado of a billionaire on his side, so tread lightly out there. 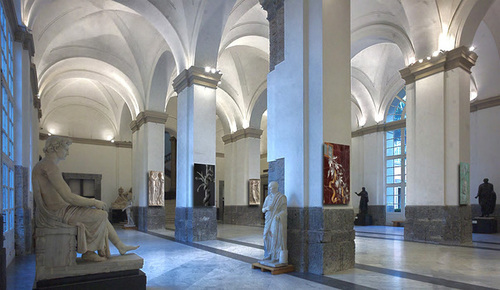 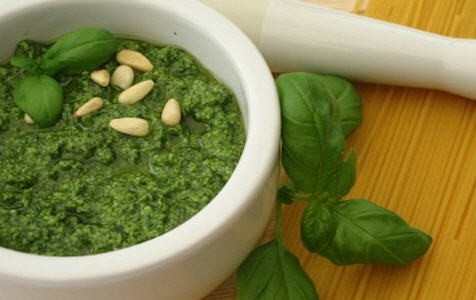 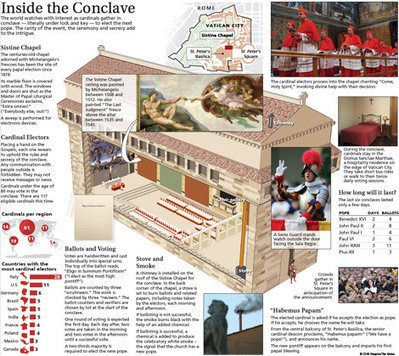