Sporting spectacle on the piazza in Florence 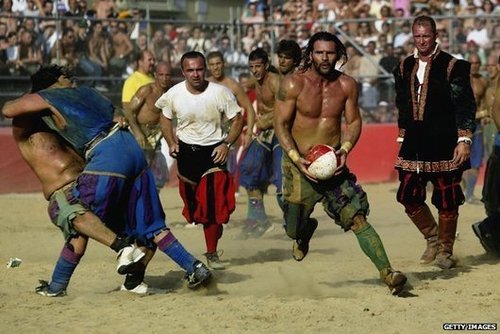 The Ashes are under way in England, but another historic sporting battle is fought out every year in Florence - an ancient no-holds-barred ball game played in one of the city’s most famous piazzas, as writer Sarah Dunant explains.

Britain is a happy nation this week. The sun has shone and we’ve won a major sporting tournament.

I say we, because although obviously our new national hero did the physically gruelling bit, we’ve had our own work-out too. Tennis - like cricket, football, athletics, etc - may be a game, but it’s only a sport when you have spectators to amplify the contest. Pumping the energy, riding the adrenaline spikes, aggression, exhilaration, outrage, even the occasional increased heart rate as we leap up from our sofa.

At the end, triumph or failure. With luck and without immediate access to too much alcohol, both sides can enjoy the catharsis of all emotion spent. Thus in theory, throughout history, sport has proved a creative alternative to our recurring tendency to kill each other. 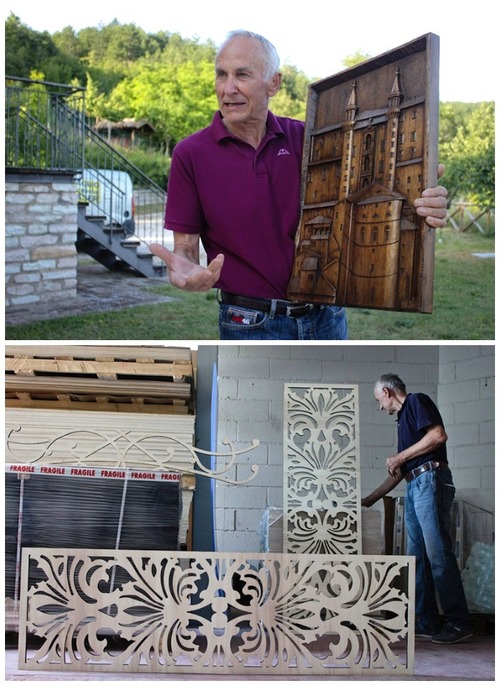 In Canavaccio di Urbino, a suburb of the university town, a factory welcomes visitors with a sign that reads “Artista del Legno”—Artist of Wood. Inside, countless hand-crafted, three-dimensional wooden pictures hang on the walls of the hallway and offices. The intricate inlays depict scenes of towns like Urbino, farmers, musical instruments, and the Cross; the products of patience, time and quiet craftsmanship. But behind a closed door at the end of the lobby, come the harsh noises of enormous machines. Nowadays, the factory makes laser-cut plexiglass and wooden goods such as display shelves and boxes.