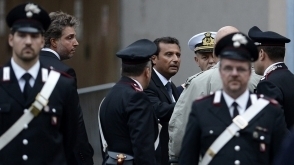 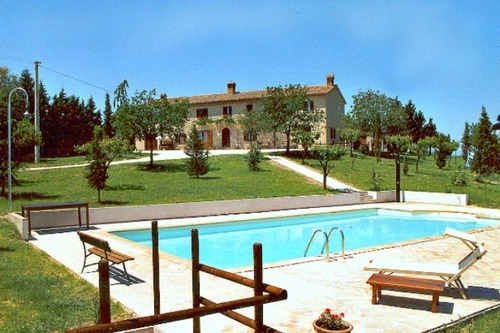 Fosso del Lupo is the ideal place for a peaceful holiday in comfortable well-furnished apartments (TV is available but only on request – you’ll probably prefer to enjoy the silence of the countryside!) The recently restored large 19th-century farmhouse nestles in the hills near Urbino, surrounded by organically farmed fields in a stunning landscape with views as far as the sea.

The apartments are fully equipped with cooking facilities for self-catering, while only ten minutes by car there are three restaurants, a pizzeria and organic food shop. 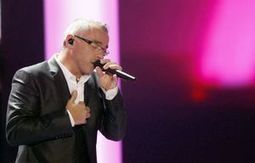 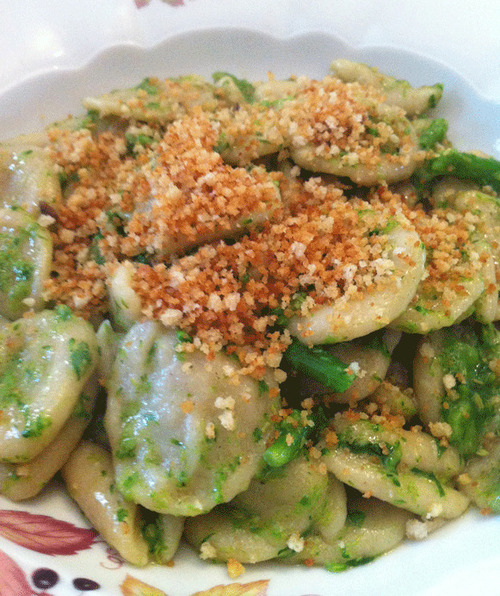 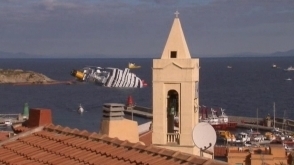 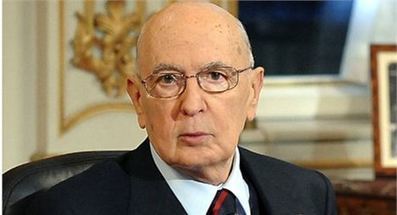 The common denominator of all MONTE SCHIAVO wines is the strong commitment to quality, ranging from the careful management of the soils and the vineyards, to the precise selection of the grapes, which are harvested and worked with the utmost care. Hence the most traditional skills are maintained, whilst employing the most modern facilities, thus ensuring that standards of hygiene and quality are achieved. 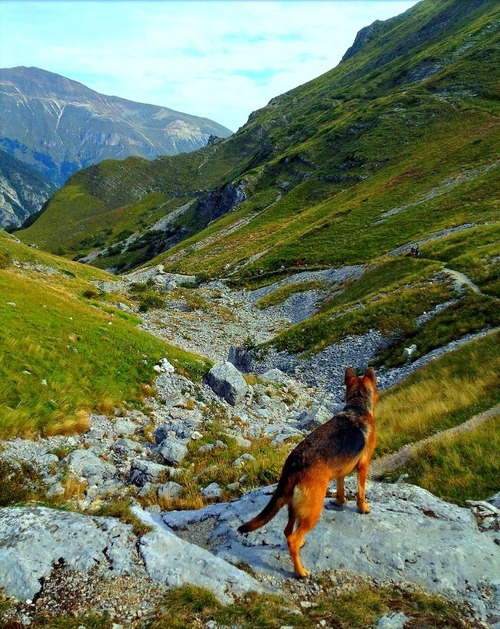 Sibillini National Park yesterday, we started off from the sleepy group of houses which call themselves Foce and slogged our way up to Lago di Pilato at 1,940m.

It took me three hours to reach the lake (lago) but if she’d gone alone, Mischa could’ve managed it in two. She spent a lot of time patiently waiting for me to catch my breath and keep trudging upwards.

Pilato lake is the only place in the world where you can find a particular type of microscopic prawn and as such, dogs are forbidden from entering the water or even entering the surrounding area. So if anyone from Sibillini mountain rangers is reading this, Mischa definitely didn’t go for a dip… 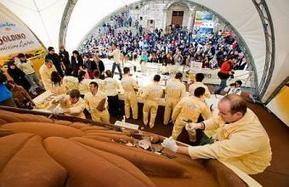 Late October is when Perugia is transformed into a haven for chocaholics thanks to the Eurochocolate Festival.

During the 10-day festival the streets and squares of Perugia’s historic centre fill with a million visitors keen to see, taste and smell anything and everything to do with chocolate. Visitors can enjoy free tastings of existing and experimental products, guided tours, workshops by chefs and confectioners, huge chocolate sculptures and even a chocolate massage. As well as being the ultimate destination for chocolate aficionados, the festival also mounts exhibitions that explain the history of chocolate from its development by the Maya to the present day, and the health benefits of eating it.

Eurochocolate adopts a different theme each year and in 2012 the focus is on social networking and new technologies. Innovations include the official festival ‘gadget’, the ‘I-Choc’, which contains small gourmet chocolates packaged to resemble the colorful icons found on next-generation smartphones.

Among the companies displaying their mouth-watering wares are Perugina, Lindt and Caffarel.

At Home in Apulia, Wherever You Are - New York Times 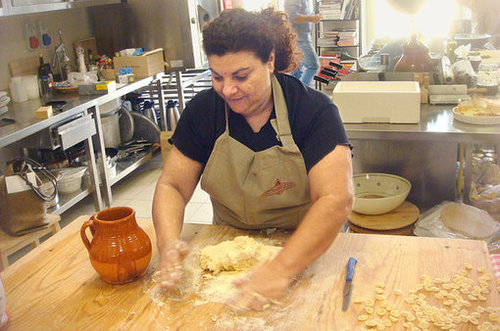 New York TimesAt Home in Apulia, Wherever You AreNew York TimesThe rustic cooking of the region in the heel of Italy takes a distant back seat to the food of noble Tuscany and lusty Naples, and is represented on few menus in New York.

He’s [been] doing an excellent job since a couple of races, so this is really very promising for the end of the season” Stefano Domenicali Ferrari team principal

Ferrari will retain Felipe Massa next season in what is planned to be a stop-gap deal before the arrival of Sebastian Vettel in 2014.

Sources inside Ferrari say they have signed a contract with Vettel, which is thought to be an option to join in 2014 depending on their results.

The contract is likely to define a position Ferrari must occupy in the title race at a point in 2013.

Ferrari have decided to keep Massa as Fernando Alonso’s team-mate until then.

The Brazilian’s future had been in doubt during the summer after a shaky start to the year, but Ferrari were determined to retain him if he had a strong performance in the Japanese Grand Prix last weekend to confirm a revival in the second half of the season.

Massa followed up a second-place finish in Japan - his first podium for two years - with another strong race in Korea at the weekend, qualifying sixth and finishing fourth - 6.2 seconds behind Alonso.

The Brazilian is expected to be confirmed in the Ferrari seat for 2013, his eighth consecutive season with the team, in a matter of days. 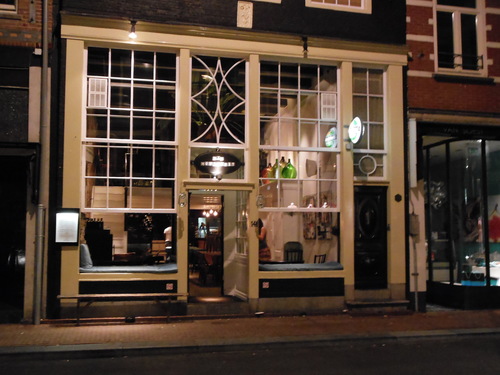 Place your order TODAY for a quick delivery! 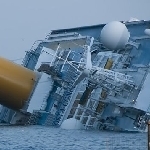 An Italian court holds a preliminary hearing in the court case of the partially sunken cruise ship Costa Concordia. The court invited 4200 passengers and crew who were on the Concordia to attend the hearing.

The captain of the Costa Concordia, Francesco Schettino, is accused of causing a shipwreck and leaving the ship in a lifeboat while hundreds of people were still on board.

Schettino is currently under house arrest awaiting his sentence. Prosecutors have advocated 2.697 years in custody for the captain.

The Costa Concordia crashed on the rocks of the Italian Isola del Giglio on the night of January 13. Seventeen passengers died and at least seventeen are still missing.

In Italy "Minestra Maritata" - in US "Italian Wedding Soup" 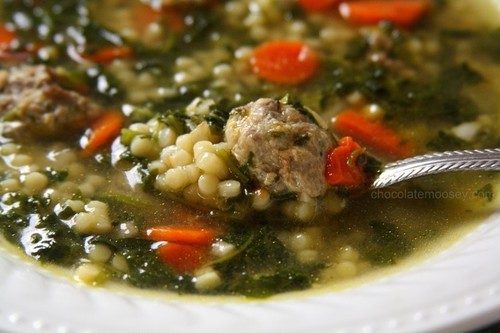 The term “wedding soup” is a mistranslation of the Italian language phrase “minestra maritata,” which is a reference to the fact that green vegetables and meats go well together. The minestra maritata recipe is also prepared by the families of Lazio and Campania during the Christmas season (a tradition started from the Spanish domination of Italy to the present days). Some form of minestra maritata was long popular in Toledo, Spain, before pasta became an affordable commodity to most Spaniards. The modern wedding soup is quite a bit lighter than the old Spanish form, which contained more meats than just the meatballs of modern Italian-American versions.

Meatballs (can be done ahead of time*)

Salt and pepper for seasoning