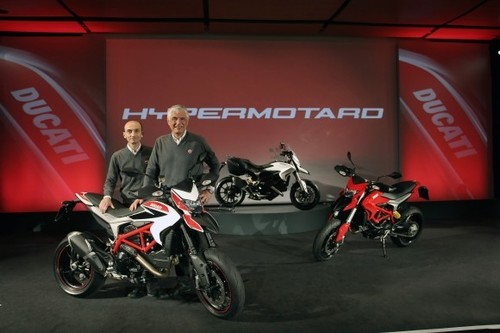 Following the tradition of presenting its new motorcycles at the EICMA International Motorcycle Show in Milan, Ducati has now officially unveiled its complete 2013 range. The new and innovative models are a product of the genius and creativity of Ducati’s talented designers and engineers, and are set to capture the public’s attention at the EICMA 2012 event.