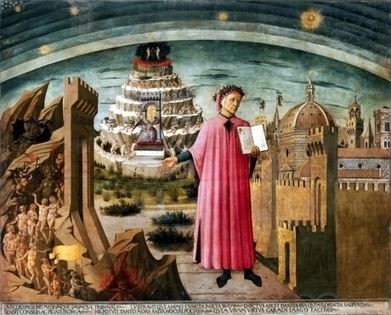 Dante began The Divine Comedy in 1308, while exiled from his beloved Florence. The pain of this banishment surfaces in his writing: You shall leave everything you love most, this is the arrow the bow or exile shoots first. (Paradiso, XVII). Dante never returned to his native city; even the tomb built for him in 1829 in Sante Croce remains empty. Yet were Dante to return to Florence today, much of the city would be familiar to him.