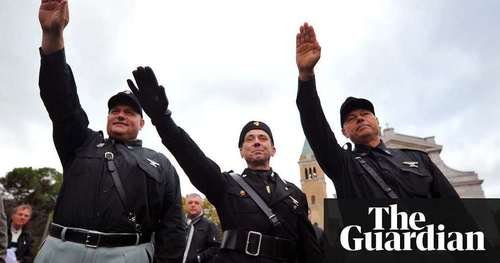 Antifascists say authorities have no will to stop ‘unconstitutional’ far-right parties.More than 70 years after Benito Mussolini’s death, thousands of Italians are joining self-described fascist groups in a surge of support that antifascist groups blame on the portrayal of the refugee crisis, the rise of fake news and the country’s failure to deal with its past.