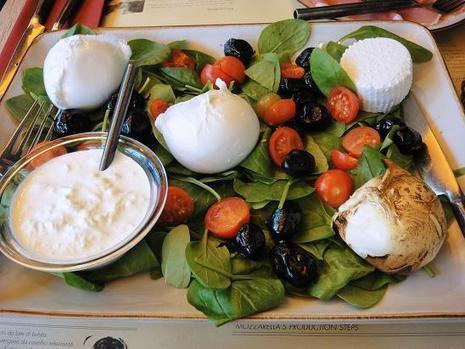 When cheese hits the front scene!

After the success of wine and sushi bars, the latest gastronomical trend in Milan, the bustling Italian capital of fashion, is called Obikà (meaning “here it is” in Neapolitan slang). Neapolitan entrepreneur Silvio Ursini, the creative director of Bulgari luxury-goods, came up with the concept about two decades ago - a chain of eateries that linked Japanese-style sushi bars with traditional and genuine Neapolitan food products.

Obikà focuses on one central ingredient: Mozzarella di Bufala Campana DOP, the gastronomic pride of Neapolitan cuisine. The menu also includes traditional products such as Lardo di Colonnato and Calabrian N’duja (a spreadable spicy salami) that were carefully selected by Davide Paolini, Italy’s own “Gastronauta.” His philosophy is based on offering products that have enabled the Italian Peninsula to become the land of taste par excellence. Besides traditional specialties of the highest quality, Obikà eateries rely on mozzarella as the basic ingredient brought in daily from the Paestum and Agro Pontino areas, near Naples and Salerno.