Things to Know If You’re Going to Italy | Italian Unification 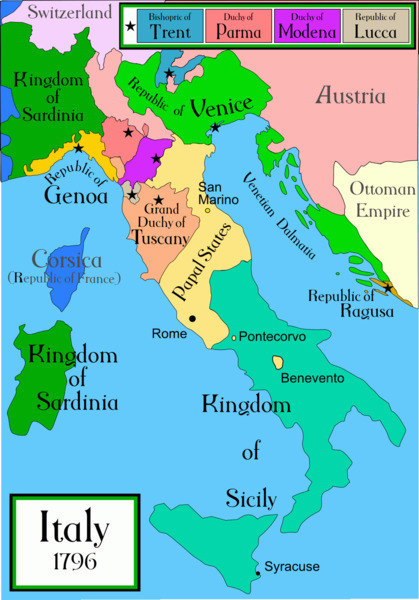 The Italian unification was the political and social movement, known as Risorgimento, meaning the Resurgence, that agglomerated different states of the Italian peninsula into the single state of the Kingdom of Italy in the 19th century, overcoming 1300 years of disunity. The process began in 1815 with the Congress of Vienna and the end of Napoleonic rule, and ended in 1870 with the Capture of Rome. Some of the terre irredente did not, however, join the Kingdom of Italy until after World War I with the Treaty of Saint-Germain. Some nationalists see the Armistice of Villa Giusti as the end of unification.